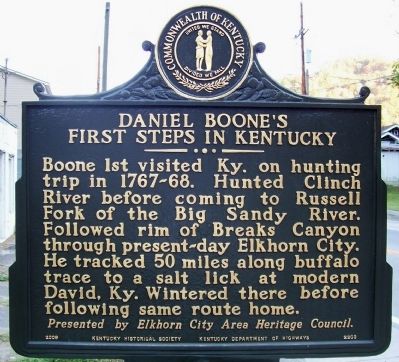 Topics and series. This historical marker is listed in this topic list: Exploration. In addition, it is included in the Kentucky Historical Society series list.

Other nearby markers. At least 8 other markers are within 4 miles of this marker, measured as the crow flies. Elkhorn City’s Railroads (about 700 feet away, measured in a direct line); William Ramey 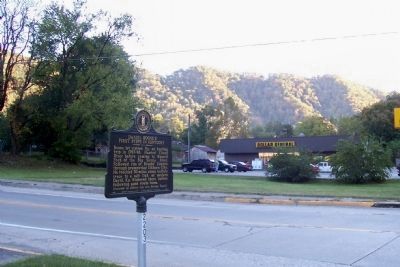 By Forest McDermott, October 12, 2008
2. Daniel Boone's First Steps in Kentucky Marker
By going to the left is south on Route 80 toward Elkhorn City. 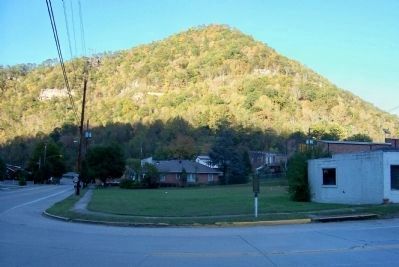