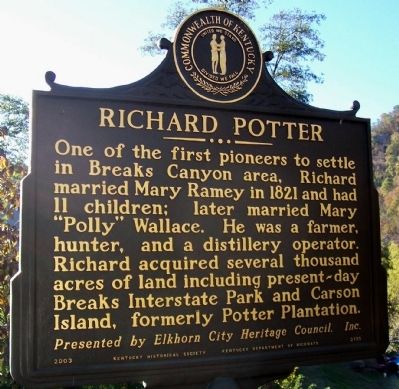 By Forest McDermott, October 12, 2008
1. Richard Potter Marker
Inscription.
Richard Potter. . One of the first pioneers to settle in Breaks Canyon area, Richard married Mary Ramey in 1821 and had 11 children; later married Mary "Polly" Wallace. He was a farmer, hunter, and a distillery operator. Richard acquired several thousand acres of land including present-day Breaks Interstate Park and Carson Island, formerly Potter Plantation. , Presented by Elkhorn City Heritage Council, Inc. . This historical marker was erected in 2003 by Kentucky Historical Society and Kentucky Department of Highways. It is in Elkhorn City in Pike County Kentucky

Topics and series. This historical marker is listed in this topic list: Settlements & Settlers. In addition, it is included in the Kentucky Historical Society series list. A significant historical year for this entry is 1821. 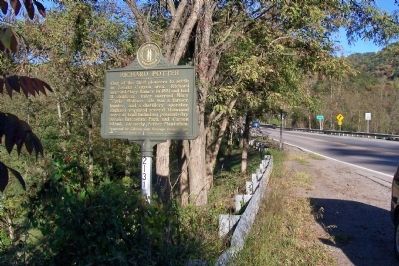 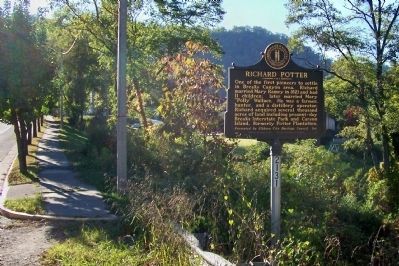