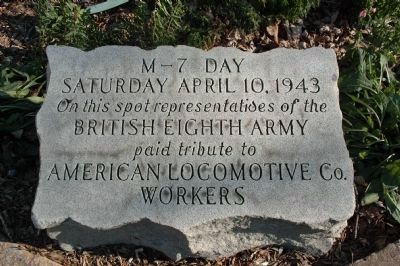 Topics. This historical marker is listed in these topic lists: Industry & Commerce • War, World II. A significant historical date for this entry is April 10, 1863. 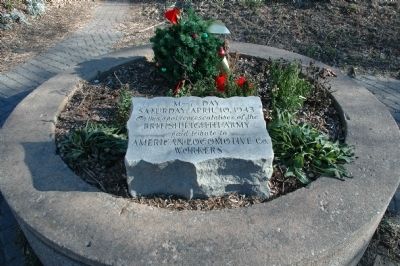 Regarding M-7 Day. ALCO played a significant role in two world wars. ALCO produced hundreds of locomotives for the home front and Europe in World War One. ALCO made an even greater contribution in World War Two by producing hundreds of locomotives and thousands of tanks and armored vehicles. ALCO even developed and produced the M7 ‘Priest’ self-propelled armored artillery vehicle, a weapon which gave Allied Armies in World War Two unprecedented firepower and revolutionized the employment of artillery on the battlefield even into our modern era. The M7 was the famed "tank destroyer", which helped to deliver a decisive victory over Rommel's forces in the battle of El Alamein, the turning point in Rommel’s drive through North Africa. The M7 was a completely secret weapon - no one had heard of it, even though it had been driven through the streets of Schenectady as it was being tested! 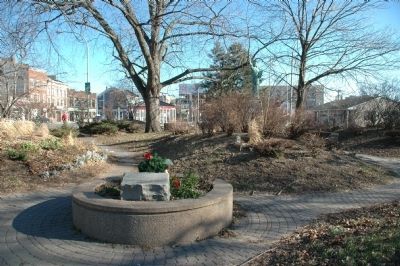 Photographed By Howard C. Ohlhous, December 29, 2011
3. Former Location of the M-7 Day Marker in Liberty Park
the first M7s were produced for the U.S. Army, supply was soon diverted to support the Lend-Lease program. Ninety M7s were sent to the British 8th Army in North Africa, who were also the first to use it in battle during the Second Battle of El Alamein as well as their own Bishop,a 25-pounder gun howitzer armed self propelled gun. The M7 soon proved successful and the British requested 5,500 of them, an order which was never fully completed.

On April 10, 1943, a contingent from the British Royal Artillery and Royal Tank Regiments came to Schenectady and put on a parade in honor of the city's residents, who helped to end WWII. That day was dubbed "M7 Day." 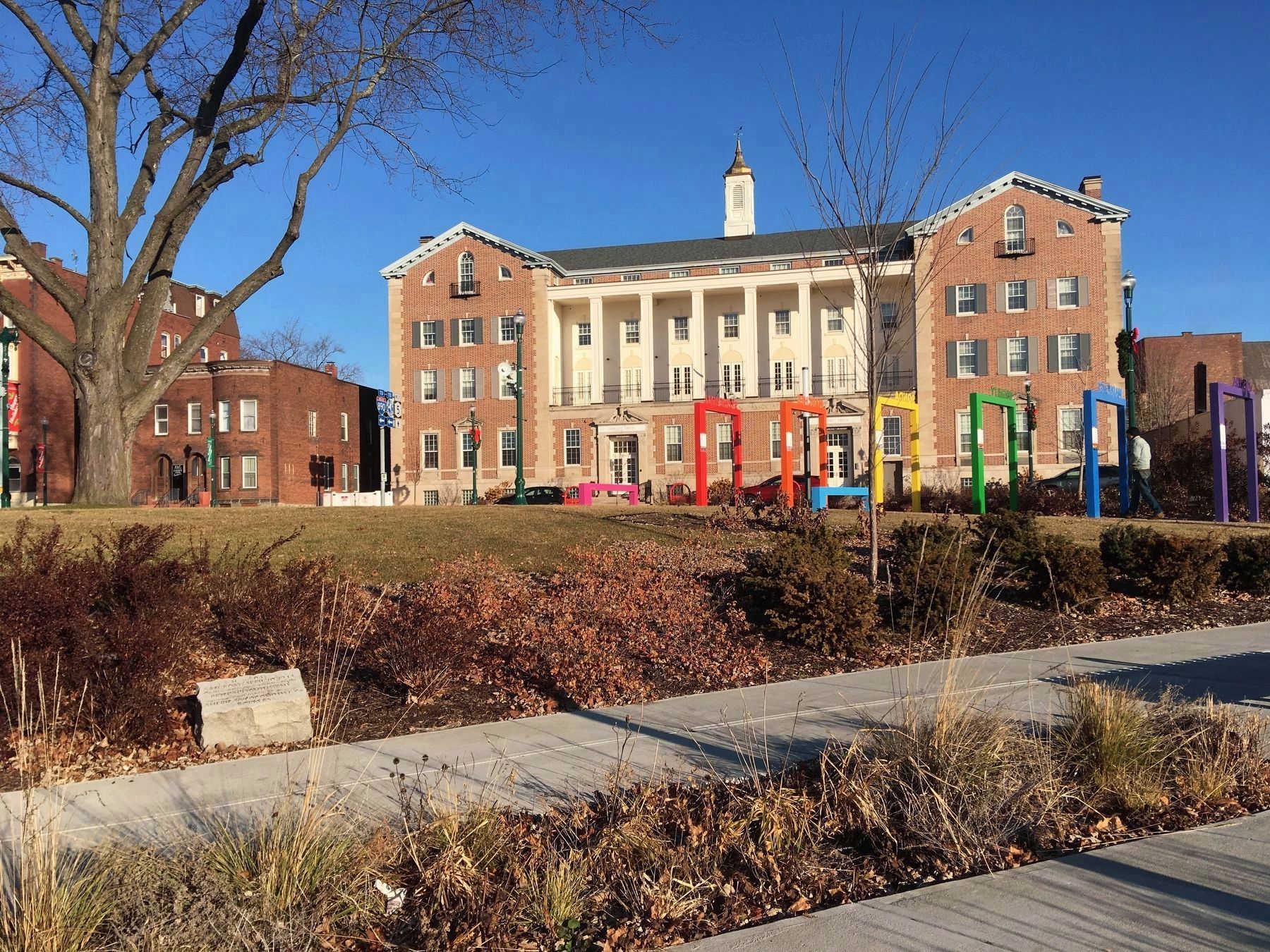 Photographed By Howard C. Ohlhous, November 30, 2019
4. Gateway Plaza, New Location of M7-Day Marker
The Route 5 Transit Gateway Linkage Study had determined prior to November of 2012 that Schenectady's Liberty Park was overgrown, neglected, and suffered from security issues due to the berms in the park, as well as a design which was difficult to maintain. Liberty Park was subsequently redesigned and expanded into Gateway Plaza. During implementation of this plan the seven historic markers in the park were removed, and later, five of the seven were reinstalled. Here we see the M7-Day marker, at lower left in the photo, set beside the edge of the pedestrian walkway, with the familiar former-YMCA building in the background. 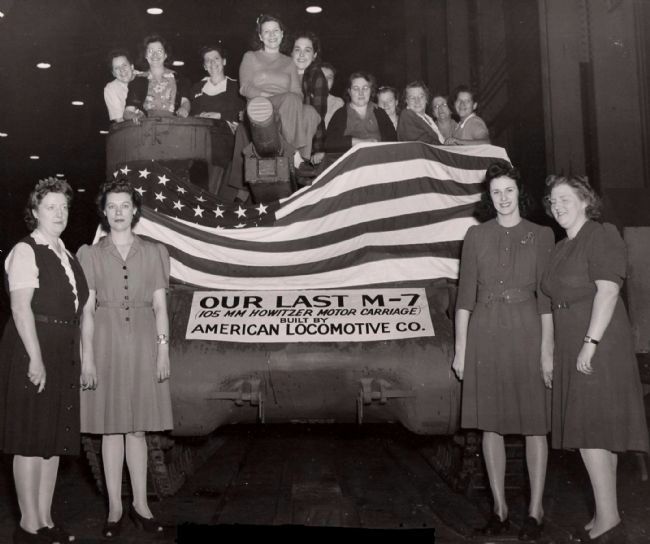 Efner Research Library
5. The Last M-7 Produced at ALCO
Female employees from the American Locomotive Company (ALCO) pose with the last M-7 produced by ALCO. One of ALCO’s unique contributions to the war effort was the design, development and production of the M7 “Priest” self-propelled armored artillery vehicle. It took ALCO only 19 days to meet the Army requirement for this vehicle. The M-7 was simply a 105mm howitzer mounted to an M-3 chassis. It turned out to be a weapon that gave Allied Armies in World War II unprecedented firepower and revolutionized the use of artillery on the battlefield even into our modern era. 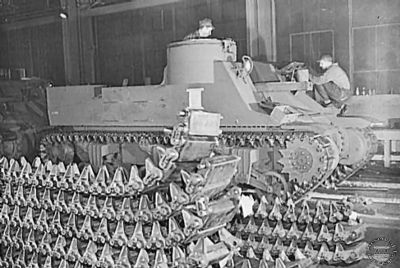 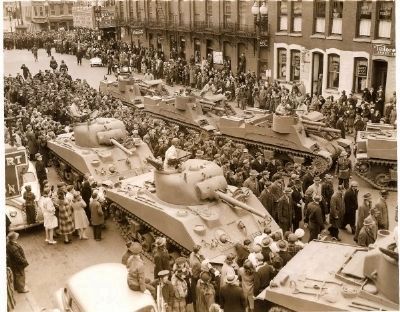 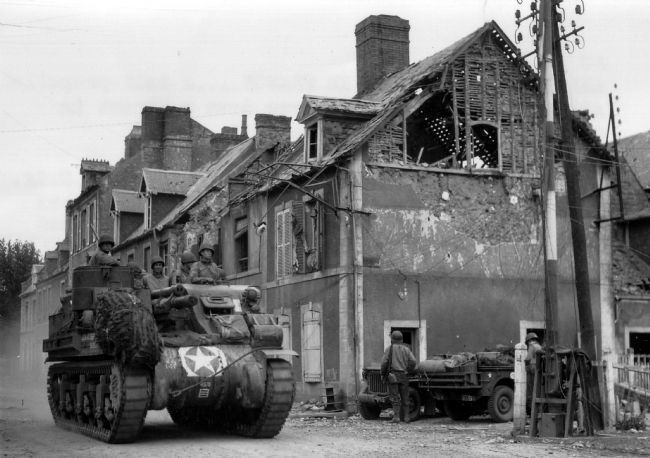 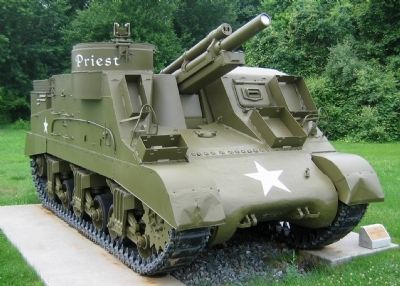