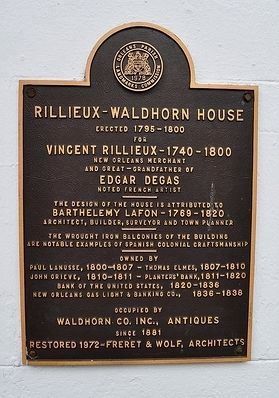 The design of the house is attributed to Barthelemy Lafon – 1769-1820 architect, builder, surveyor and town planner. The wrought iron balconies of the building are notable examples of Spanish Colonial craftsmanship. 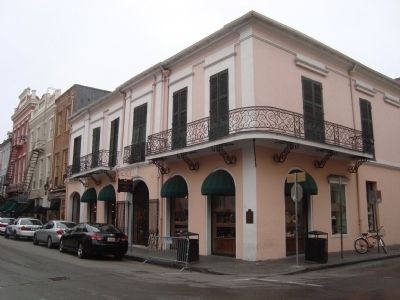