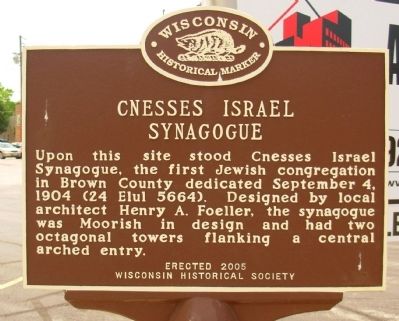 Upon this site stood Cnesses Israel Synagogue, the first Jewish congregation in Brown County dedicated September 4, 1904 (24 Elul 5664). Designed by local architect Henry A. Foeller, the synagogue was Moorish in design and had two octagonal towers flanking a central arched entry.

Topics and series. This historical marker is listed in this topic list: Churches & Religion. In addition, it is included in the Wisconsin Historical Society series list. A significant historical date for this entry is September 4, 1835.

Other nearby markers. At least 8 other markers are within walking distance of this marker. Green Bay Press-Gazette (approx. 0.3 miles away); Columbus Community Club (approx. 0.3 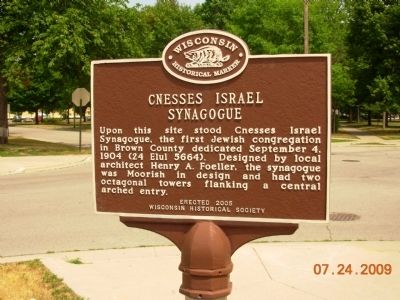 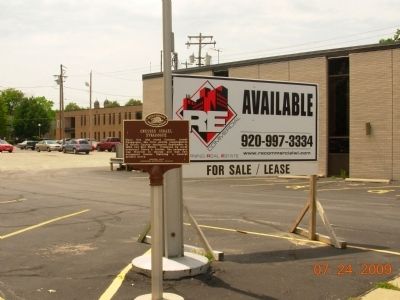