North Gate of City of Anaheim 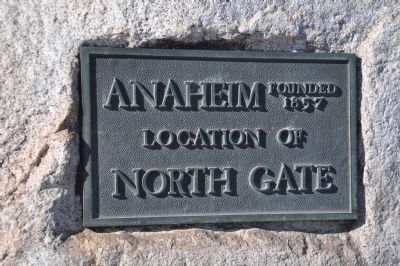 Topics and series. This historical marker is listed in these topic lists: Notable Places • Settlements & Settlers. In addition, it is included in the California Historical Landmark series list. 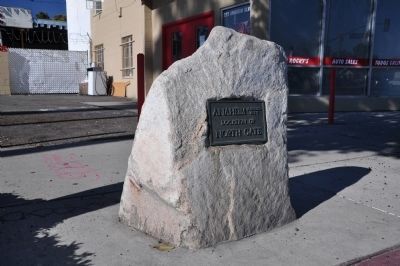 More about this marker. This site has been designated as California Registered Historical Landmark No. 112 and was registered in 1933. An official California Landmark brass plaque may have been placed then, but this has not been verified and no vintage photographs have been found.

Regarding North Gate of City of Anaheim. Office of Historic Preservation description: “A wall or fence of willow poles that took root and grew was planted around the Anaheim Colony to keep out the herds of wild cattle that roamed the surrounding country. Gates were erected at the north, east, south, and west ends of the two principal streets of the colony. The north gate, on the highway to Los Angeles, was the main entrance to the city.” 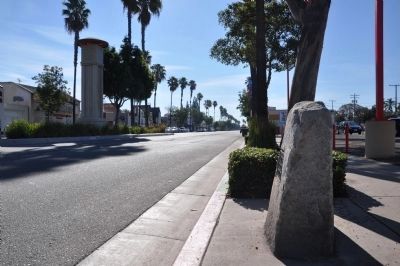