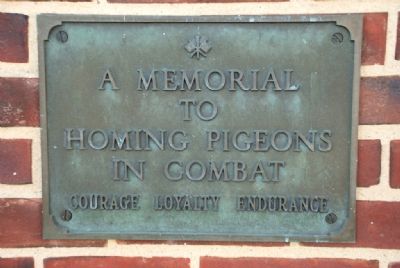 A Memorial
to
Homing Pigeons
In Combat 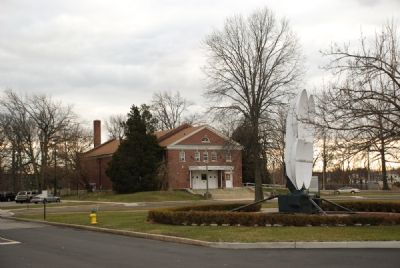 By R. C.
2. U.S. Army Communication Electronics Museum
Marker is located on the left front of the building immediately next to the bricked-in doorway.
miles away); Soldiers Park (approx. ¾ mile away); Battle of the Bulge Monument (approx. 0.8 miles away); Eatontown, New Jersey Fire Department and World War II Memorial (approx. 1.4 miles away). Touch for a list and map of all markers in Fort Monmouth.

More about this marker. While the museum is open to the public for special tours and lectures, visitors must call to schedule and arrange for access to the facility. Fort Monmouth is a closed post with restricted access. Please call to schedule your visit: 732-532-1682.

Regarding Tribute to Combat Pigeons. This plaque recognized the U.S. Army Pigeon Service and the thousands of pigeons that gave their lives in service during World Wars I, II, and Korea.

Ft. Monmouth was home to the Army pigeon-breeding and training center. The procurement, training, and doctrine for pigeon use fell under the control of the U.S. Army Pigeon Service.

Also see . . .  Pigeons in the Army?. Over 90 percent of all messages sent by the US Army using pigeons were received. The birds are credited with saving thousands of lives. (Submitted on February 7, 2008, by Kevin W. of Stafford, Virginia.)

Additional comments.
1. Location of the original marker.
Information is from the publication “Fort Monmouth History and Place Names 1917- 1961,” Fort Monmouth, NJ, 1961. All materials cited are maintained in the C-E LCMC Archives, 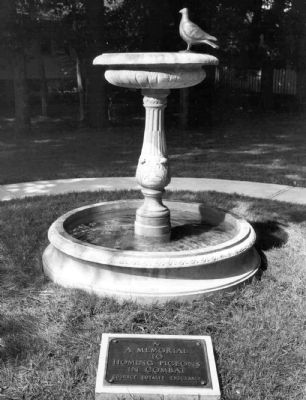 Fort Monmouth Historical Office
3. Tribute to Combat Pigeons Marker
Marker has since been moved to the location described above. The fate of the fountain is unknown.
Office of the Command Historian, Fort Monmouth, New Jersey. NOTE: Ft. Monmouth is closed and the Office may have been transferred to Aberdeen MD.


"The birdbath Pigeon Memorial was located on the East side of Malterer Ave. near Buildings 550 and 551. It stood in what was then a wooded area in commemoration of the winged couriers who “got the message through” during WWI, WWII, and Korea. Fort Monmouth dedicated the memorial on July 14, 1960, as a part of the post’s celebration of the U.S. Army Signal Corps
Centennial. The Memorial has subsequently been removed." Note To Editor only visible by Contributor and editor
— Submitted May 8, 2012, by Edmund T. Tognola of Shrewsbury, New Jersery. 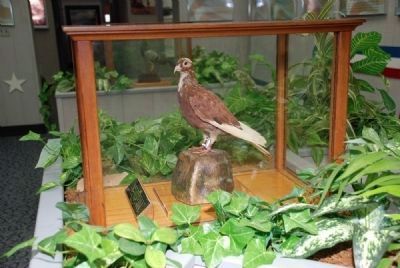 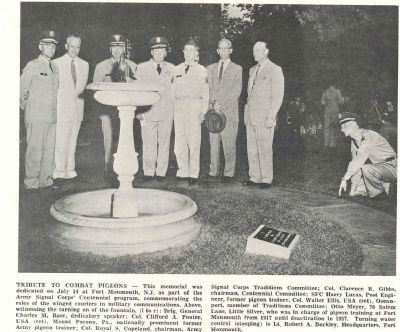 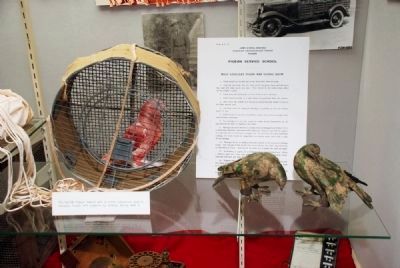