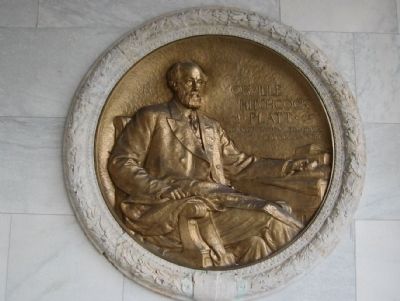 Location. 41° 45.863′ N, 72° 40.94′ W. Marker is in Hartford, Connecticut, in Hartford County. Marker can be reached from the intersection of Capitol Avenue and Trinity Street, on the right when traveling west. Located in the entranceway of the north side of the Connecticut State Capitol Building. Touch for map. Marker is at or near this postal address: 210 Capitol Avenue, Hartford CT 06106, United States of America. Touch for directions. 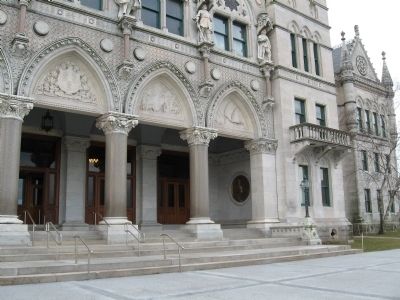 By Michael Herrick, February 1, 2012
2. Orville Hitchcock Platt Marker
On the Right Side of the North Entranceway

Click or scan to see
this page online
(about 600 feet away); Spanish War Veterans Memorial (about 700 feet away). Touch for a list and map of all markers in Hartford. 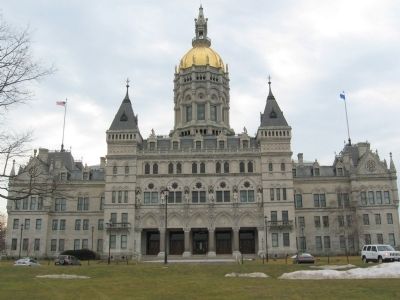 By Michael Herrick, February 1, 2012
3. The North Side of the Connecticut State Capitol Building 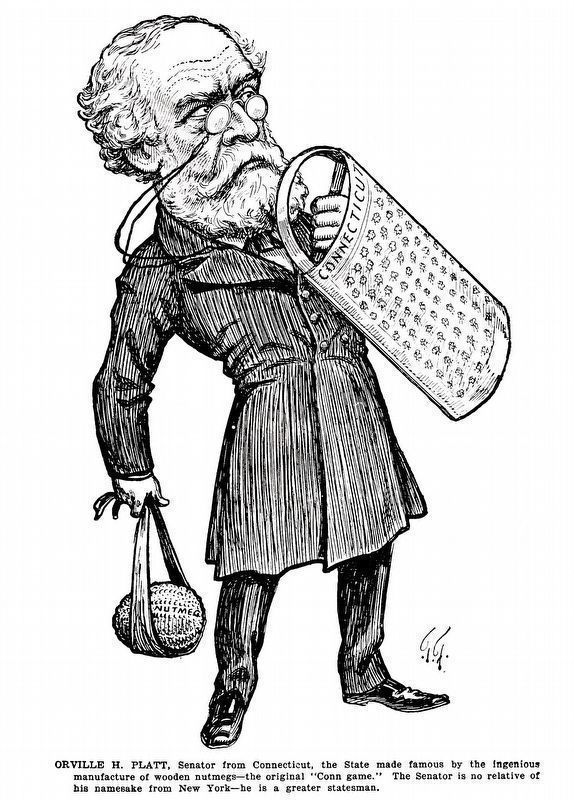 Internet Archive
4. Orville H. Platt
Senator from Connecticut, the State made famous by the ingenious manufacture of wooden nutmegs--The original "Conn game." the Senator is no relative of his namesake from New York--he is a greater statesman. -- Thomas Fleming.
Caricature from Around the Capital with Uncle Hank by Thomas Fleming 1902, Page 197.
Credits. This page was last revised on March 20, 2021. It was originally submitted on February 3, 2012, by Michael Herrick of Southbury, Connecticut. This page has been viewed 573 times since then and 21 times this year. Photos:   1, 2, 3. submitted on February 3, 2012, by Michael Herrick of Southbury, Connecticut.   4. submitted on March 19, 2021, by Allen C. Browne of Silver Spring, Maryland.
Share this page.