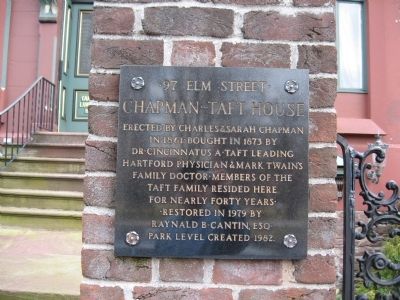 Topics. This historical marker is listed in this topic list: Notable Buildings. A significant historical year for this entry is 1861. 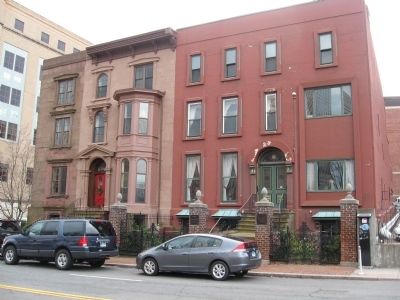 Regarding Chapman-Taft House. The Chapman-Taft House is the home of Cantin & Associates law firm.
It is the last of three surviving brownstone buildings on Bushnell Park. Originally lined with brownstones, the location was a popular location for fine homes in downtown Hartford.
The building was purchased by Attorney Raynald B. Cantin in 1978 and restored in 1979. Original and period details, lost to the years, were replaced so that the home is again a showpiece of Hartford’s architectural history.
Credits. This page was last revised on June 16, 2016. It was originally submitted on February 5, 2012, by Michael Herrick of Southbury, Connecticut. This page has been viewed 442 times since then and 17 times this year. Photos:   1, 2. submitted on February 5, 2012, by Michael Herrick of Southbury, Connecticut.
Share this page.