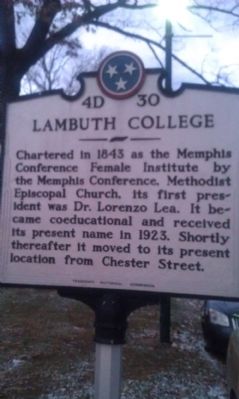 Photographed By Russ Keltner, circa February 6, 2012
1. Lambuth College Marker
Inscription.
Lambuth College. . Chartered in 1843 as the Memphis Conference Female Institute by the Memphis Conference, Methodist Episcopal Church, its first president was Dr.Lorenzo Lea. It became coeducational and received its present name in 1923. shortly thereafter it moved to its present location from Chester Street. . This historical marker was erected by Tennessee Historical Commission. It is in Jackson in Madison County Tennessee

Topics and series. This historical marker is listed in this topic list: Education. In addition, it is included in the Tennessee Historical Commission series list. A significant historical year for this entry is 1843.

Location. 35° 37.387′ N, 88° 49.603′ W. Marker is in Jackson, Tennessee, in Madison County. Marker is on Lambuth Boulevard south of Linden Street, on the right when traveling south. Touch for map. Marker is in this post office area: Jackson TN 38301, United States of America. Touch for directions. 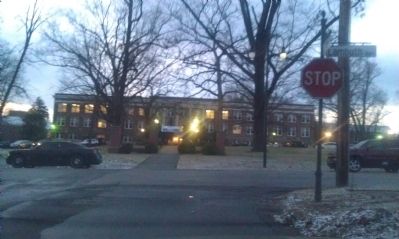 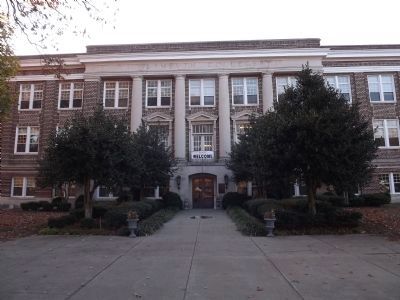 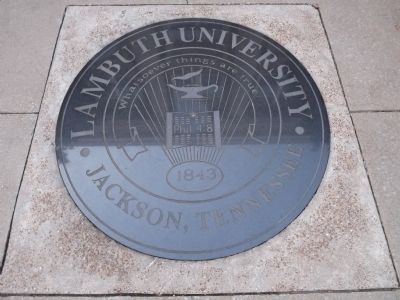