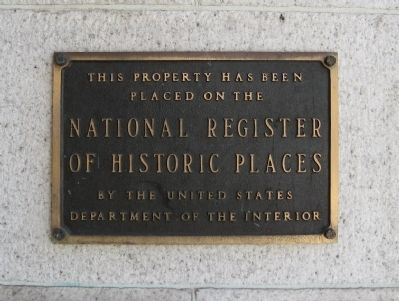 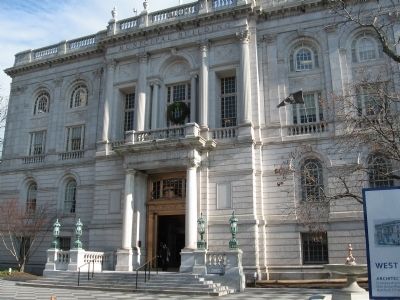 Photographed By Michael Herrick, February 1, 2012
2. Hartford Municipal Building
The marker is to the left of the doorway

Regarding Hartford Municipal Building. The building replaced the Old State House as the seat of City government when it opened in 1915. The design is of the Beaux-Art style, constructed of brick and faced with white Bethel granite, with a copper and tile roof. All of the entrances are bronze. The 3-story central atrium is 25' wide by 150' long, decorated with panels depicting scenes from Hartford's history. Hartford's Municipal Building was listed on the National Register of Historic Places in 1981 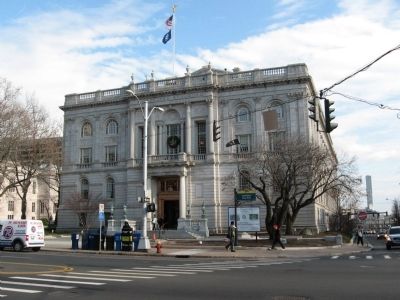