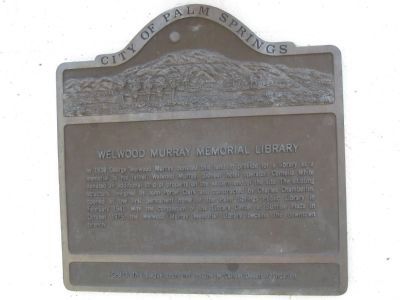 In 1938 George Welwood Murray donated this land to provide for a library as a memorial to his father, Welwood Murray, pioneer hotel operator. Cornelia white donated an additional strip of property on the eastern end of the site. The existing structure, designed by John Porter Clark and constructed by Charles Chamberlin, opened as the first permanent home of the Palm Springs Public Library in February 1941. With the completion of the Library Center at Sunrise Plaza in October 1975 the Welwood Murray Memorial Library became the downtown branch. 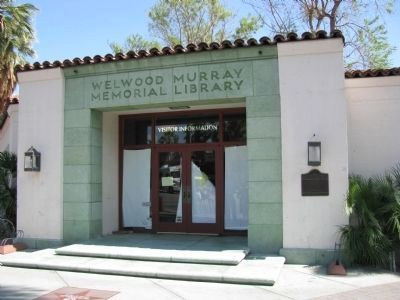