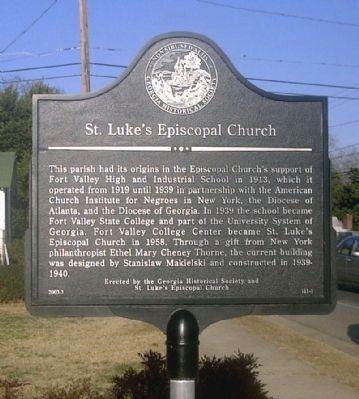 This parish had its origins in the Episcopal Church’s support of Fort Valley High and Industrial School in 1913, which it operated from 1919 until 1939 in partnership with the American Church Institute for Negroes in New York, the Diocese of Atlanta, and the Diocese of Georgia. In 1939 the school became Fort Valley State College and part of the University System of Georgia. Fort Valley College Center became St. Luke’s Episcopal Church in 1958. Through a gift from New York philanthropist Ethel Mary Cheney Thorne, the current building was designed by Stanislaw Makielski and constructed in 1939-1940.

Topics and series. This historical marker is listed in these topic lists: African Americans • Churches & Religion • Education. In addition, it is included in the Georgia Historical Society, and the Historically Black Colleges and Universities 🎓 series lists. 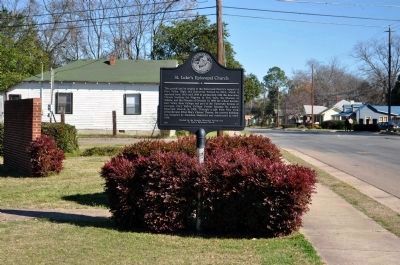 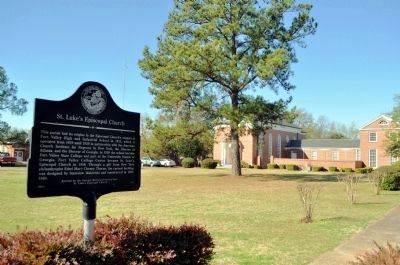 By David Seibert, January 15, 2012
3. St. Luke’s Episcopal Church Marker
The church is in the background. 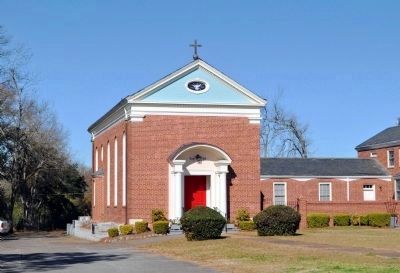 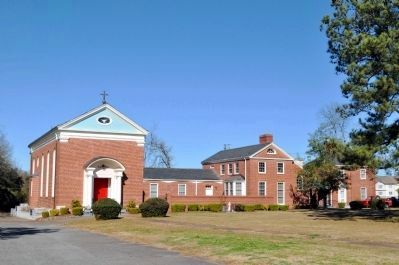