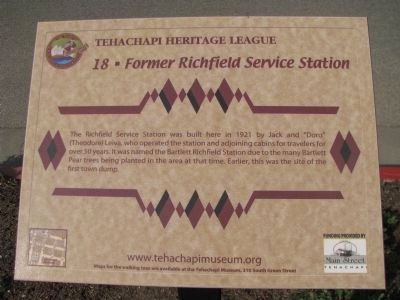 The Richfield Service Station was built here in 1921 by Jack and "Doro" (Theodore) Leiva, who operated the station and adjoining cabins for travelers for over 50 years. It was named the Bartlett Richfield Station due to the many Bartlett Pear trees being planted in the area at the time. Earlier, this was the site of the first town dump.

Topics. This historical marker is listed in this topic list: Notable Buildings. A significant historical year for this entry is 1921. 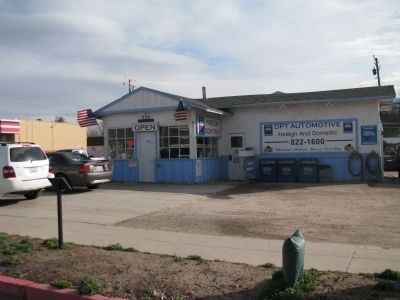 Photographed By Denise Boose, February 18, 2012
2. Former Richfield Service Station and Marker
The marker is mounted on the wooden pole just to the right of the white car. 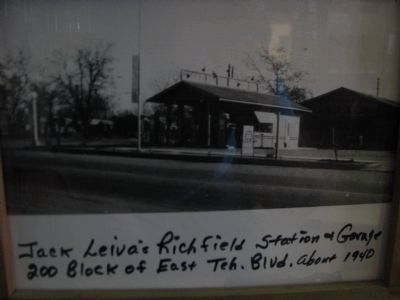 Photographed By Denise Boose, April 25, 2010
3. Former Richfield Service Station
This photo is on display at Kelcy's Restaurant in Tehachapi. 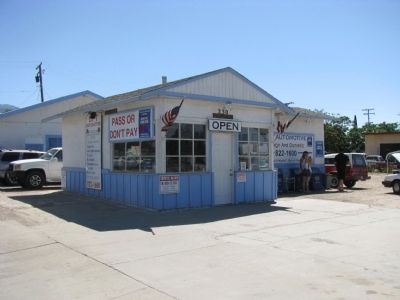 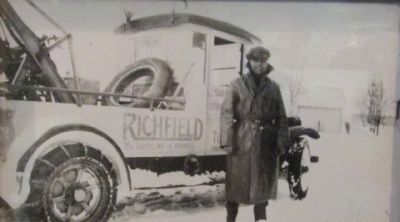 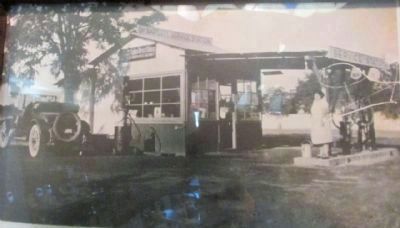