— City of Tehachapi - Respecting Our Past – Planning Our Future — 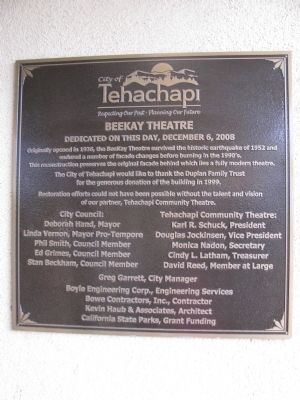 Originally opened in 1936, the Beekay Theatre survived the historic earthquake of 1952 and endured a number of façade changes before burning in the 1990’s. The reconstruction preserves the original façade behind, which lies a fully modern theatre.

The City of Tehachapi would like to thank the Duplan Family Trust for the generous donation of the building in 1999.

Restoration efforts could not been possible without the talent and vision of our partner, Tehachapi Community Theatre. 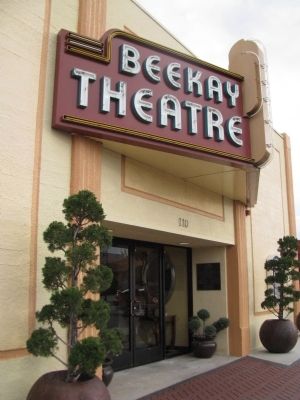 Topics. This historical marker is listed in these topic lists: Arts, Letters, Music • Notable Buildings. A significant historical year for this entry is 1936.

Regarding Beekay Theatre. This building was built as a motion picture theatre. It was constructed of thick, reinforced concrete, and survived the 1952 earthquake. It was remodeled 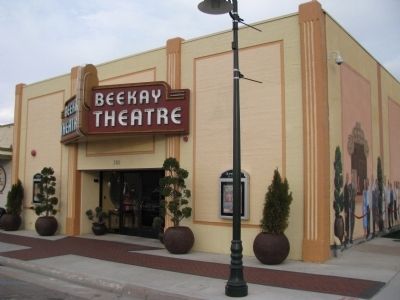 Photographed By Denise Boose, February 18, 2012
3. Beekay Theatre Marker
as an indoor mall, and later sold to the Moose Lodge. A fire in 1994 destroyed all but the shell. This building is now owned by the City of Tehachapi. 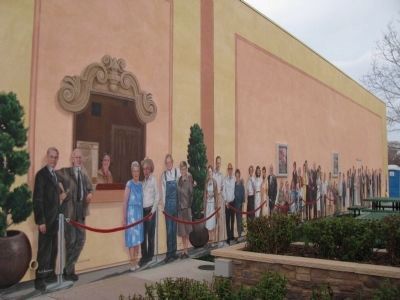