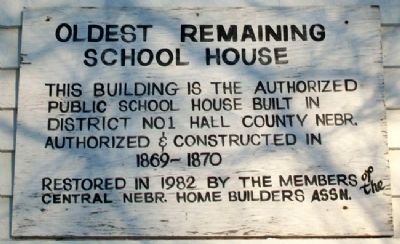 This building is the authorized public school house built in District No1 Hall County Nebr. Authorized & constructed in 1869 - 1870.

Topics. This historical marker is listed in this topic list: Education. A significant historical year for this entry is 1869. 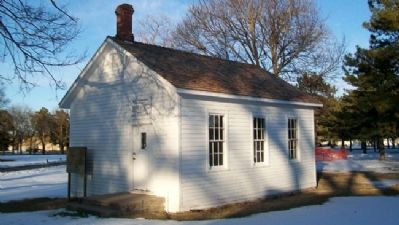 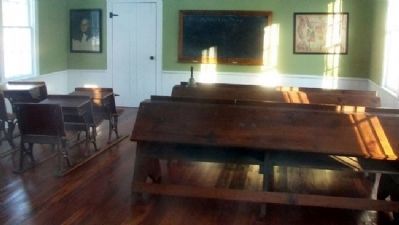