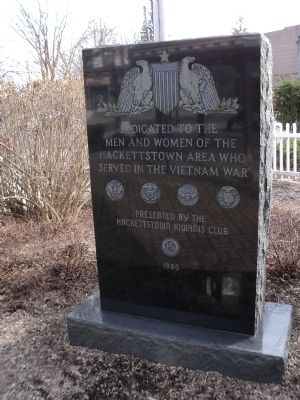 Presented by the
Hackettstown Kiwanis Club
1986

Topics. This historical marker and memorial is listed in this topic list: War, Vietnam. A significant historical year for this entry is 1986. 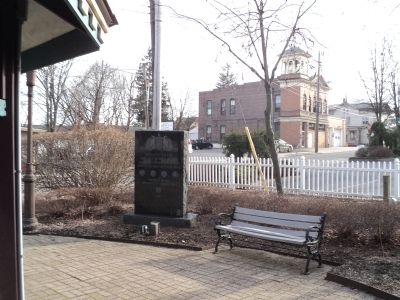 Click or scan to see
this page online
(approx. ¾ mile away); Drakestown (approx. 2½ miles away); Beattystown Historic District (approx. 2.7 miles away). Touch for a list and map of all markers in Hackettstown.

More about this memorial. The symbol of a shield, topped by a star and flanked by two eagles, appears at the top of the marker. The bottom of the marker contains the logos for the four branches of the armed forces and for Kiwanis International. 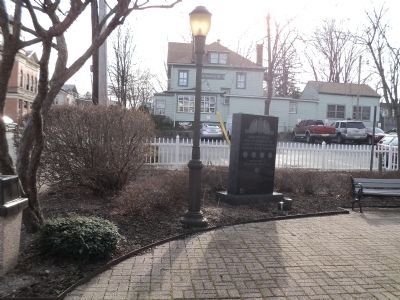