The History of the City of Sandy Springs, Georgia 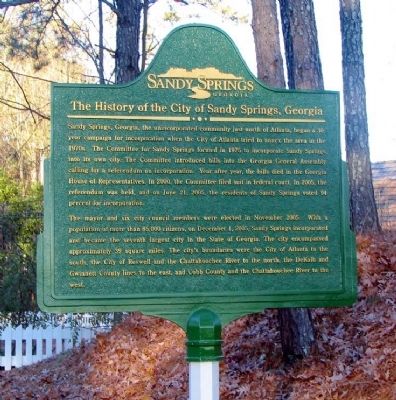 The mayor and six council members were elected in November 2005. With a population of more than 85,000 citizens, on December 1, 2005, Sandy Springs incorporated and became the seventh largest city in the State of Georgia. The city encompassed approximately 39 square miles. The city’s boundaries were the City of Atlanta to the south, the City of Roswell and the Chattahoochee River to the north, the DeKalb and Gwinnett County lines to the east, and Cobb County and the Chattahoochee River to the west. 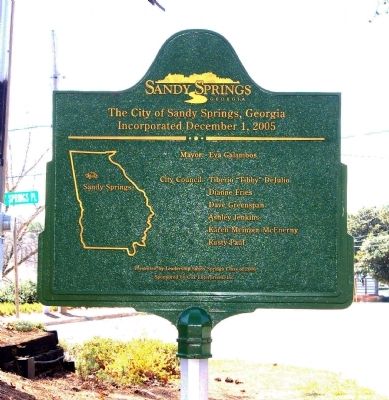 Topics. This historical marker is listed in this topic list: Political Subdivisions. A significant historical month for this entry is June 1847. 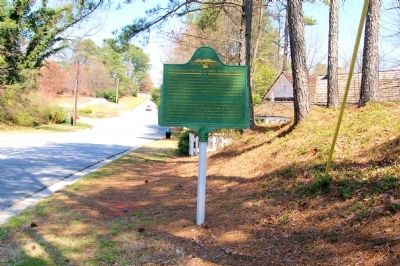 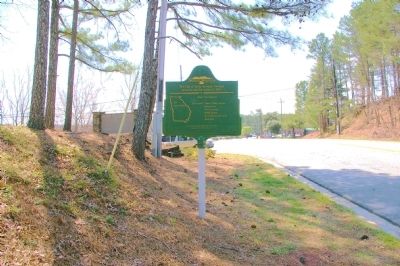