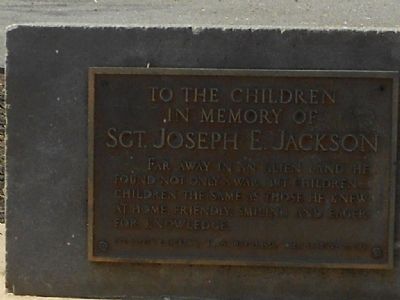 To the children in memory of Sgt Joseph E Jackson. Far away in an alien land he found not only a war but children. Children the same as those he knew at home friendly smiling and eager for knowledge.