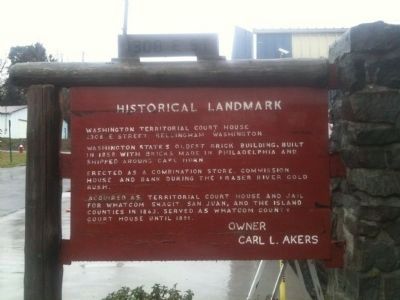 Washington State's oldest brick building, built in 1858 with bricks made in Philadelphia and shipped around Cape Horn.

Erected as a combination store, commission house and bank during the Fraser River Gold Rush.

Acquired as territorial court house and jail for Whatcom, Skagit, San Juan, and the Island Counties in 1863. Served as Whatcom County Court House until 1891

Topics. This historical marker is listed in these topic lists: Notable Buildings • Settlements & Settlers. A significant historical year for this entry is 1308.

Other nearby markers. At least 8 other markers are within walking distance of this marker. Pickett Bridge (approx. ¼ mile away); Metasequoia glyptostroboides (Dawn Redwood) (approx. 0.3 miles away); Downtown was the hub of commercial activity 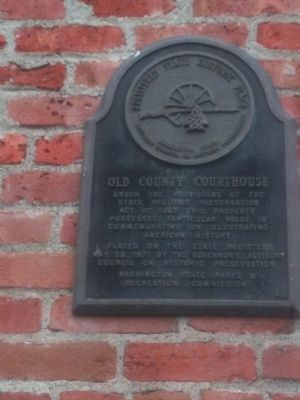 Placed on the State Register
May 28, 1971 by the Governor's Advisory
Council on Historic Preservation 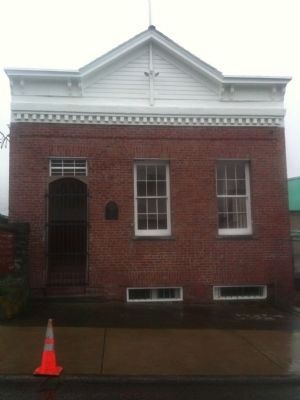