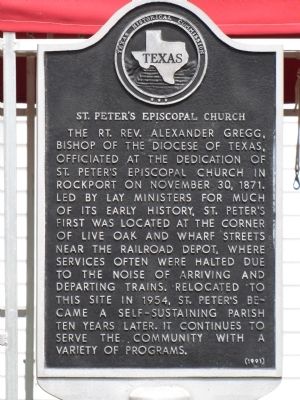 The Rt. Rev. Alexander Gregg, Bishop of the Diocese of Texas, officiated at the dedication of St. Peter’s Episcopal Church in Rockport on November 30, 1871. Led by lay ministers for much of its early history, St. Peter’s first was located at the corner of Live Oak and Wharf Streets near the railroad depot, where services often were halted due to the noise of arriving and departing trains. Relocated to this site in 1954, St. Peter’s became a self-sustaining parish ten years later. It continues to serve the community with a variety of programs.

Topics. This historical marker is listed in this topic list: Churches & Religion. A significant historical month for this entry is November 1869. 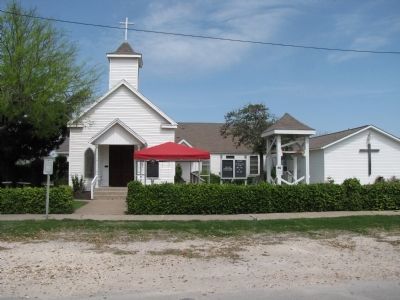