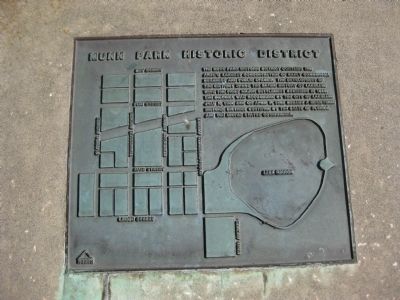 The Munn Park Historic District contains the area's largest concentration of early commercial buildings and public spaces. The development of the district spans the entire history of Lakeland with the first major settlement beginning in 1885. The District was recognized by the City of Lakeland July 7, 1980 and on April 7, 1983 became a registered historic district certified by the State of Florida and the United States Government.

Location. 28° 2.676′ N, 81° 57.365′ W. Marker is in Lakeland, Florida, in Polk County. Marker is on North Tennessee Avenue north of East Main Street, on the right when traveling north. The marker is located at Munn Park, a city park in downtown Lakeland. Touch for map. Marker is at or near this postal address: 201 East Main Street, Lakeland FL 33801, United States of America. Touch for directions.

Other nearby markers. At least 8 other markers are within walking distance of this marker. Munn Park (about 300 feet away, measured in a direct line); Polk Theatre and Office Building (about 600 feet away); Allen Kryger (about 700 feet away); ‘Mute Swan Protecting Her Cygnets’ 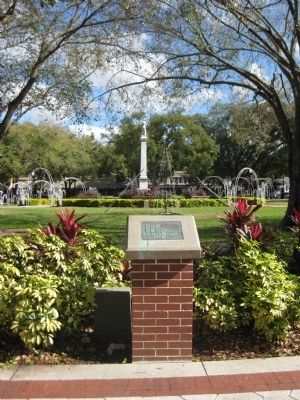 More about this marker. The marker features a map of the historic district and its boundaries, including Lake Mirror. Displayed road names are Bay, Pine, Main and Lemon Streets (running east-west), and Florida, Tennessee, Kentucky, Massachusetts, and Iowa Avenues (running north-south). The marker faces upward (at a slant) and sits atop a column of red bricks adjacent to the sidewalk.

Regarding Munn Park Historic District. Munn Park Historic District is roughly centered around its namesake city park, which itself was named for Lakeland's founder, Abraham Munn. When the South Florida Railroad was being laid down from Kissimmee to Tampa, Munn purchased 80 acres of land along the route. Once the railroad was completed in 1884, he built a station and a hotel, then divided his acreage into commercial lots and blocks centered around this public square (named in his honor many years later by the City). Settlers came, bought and built upon the lots, and the community of Lakeland was born.

The Munn Park Historic District was listed with the National Register of Historic Places in 1997 (ref #97001228). It includes 48 significant buildings and the Lake Mirror Promenade as historic Contributing Properties. 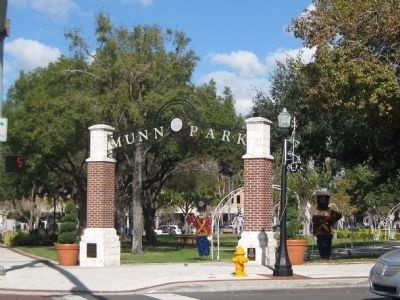 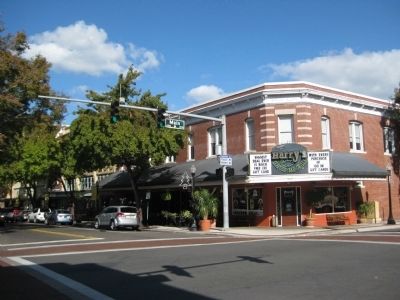 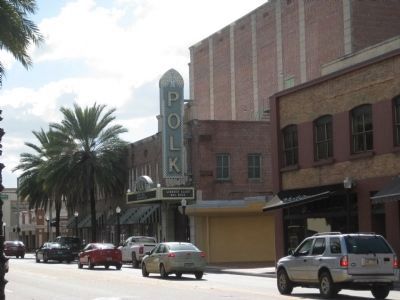 By AGS Media, December 22, 2011
5. Munn Park Historic District
An important property within the District is the Polk Theatre and Office Building, which is listed individually with the National Register of Historic Places. 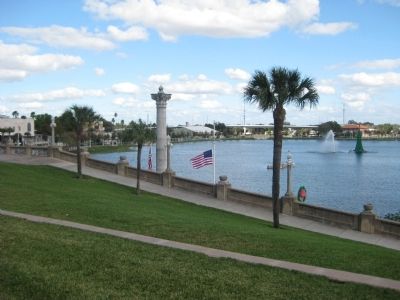