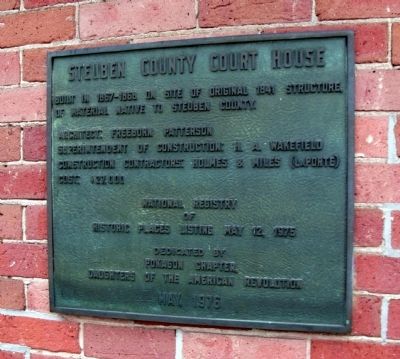 Dedicated by
Pokagon Chapter,
Daughters of the American Revolution

Erected 1976 by Pokagon Chapter, Daughters of the American Revolution.

Location. 41° 38.065′ N, 84° 59.935′ W. Marker is in Angola, Indiana, in Steuben County. Marker is at the intersection of South Wayne Street and East Maumee (U.S. 20), on the right when traveling north on South Wayne Street. Located on the front of the Steuben County Court House (on the South East section of the Town Square) in Angola, Indiana. Touch for map. Marker is in this post office area: Angola IN 46703, United States of America. Touch for directions.

Other nearby markers. At least 7 other markers are 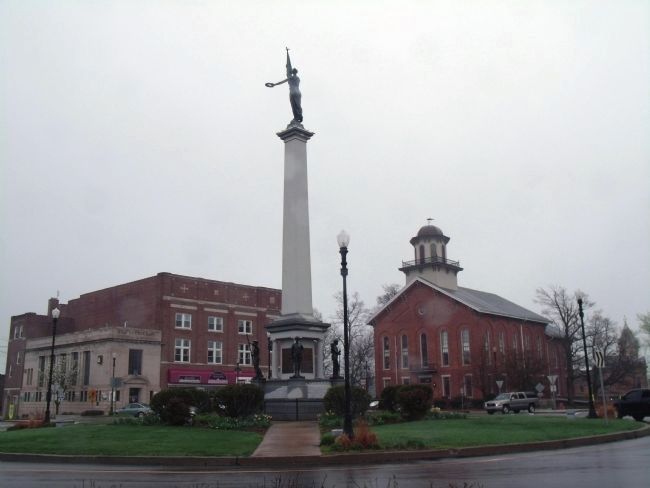 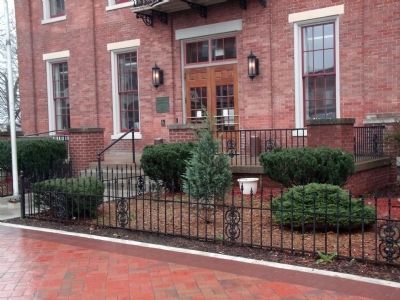