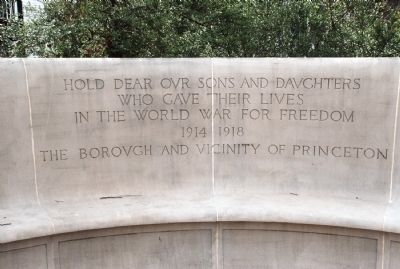 By R. C., February 10, 2008
1. Original Engraving on War Memorial
Inscription.
Princeton War Memorial. .
Hold dear our sons and daughters who gave their lives in the World War for Freedom 1914 , 1918. . This memorial was erected by Borough and Vicinity of Princeton. It is in Princeton in Mercer County New Jersey

Erected by Borough and Vicinity of Princeton.

More about this memorial. This monument was originally dedicated after World War I. The names of most major "wars" or military actions have been added to the monument on the left or right of the monument's dedication text.

The marker has an interesting design in that visitors can step onto it and sit on the marker itself. 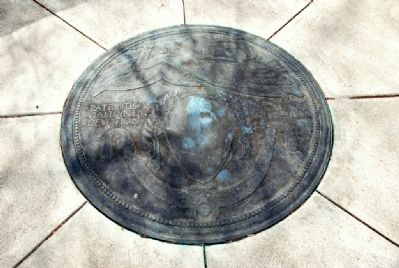 By R. C.
2. Emblem on Main Monument Platform
Emblem was part of the original monument design and acknowledges the traits of Patriotism, Gallantry, and Devotion as it related to soldiers of "The World War" of 1914-1918. 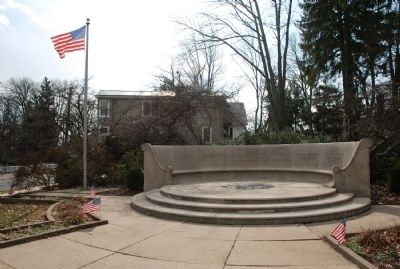