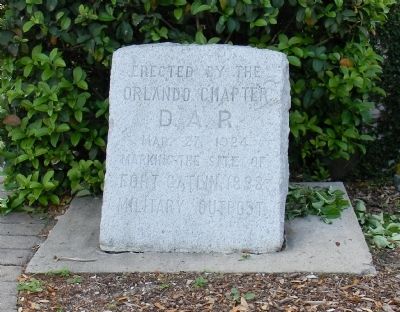 By Paul Crumlish, March 14, 2012
1. Fort Gatlin 1838 Marker
Inscription.
Fort Gatlin 1838. . , . This historical marker was erected in 1924 by Orlando Chapter of the Daughters of the American Revolution. It is in Orlando in Orange County Florida

Erected 1924 by Orlando Chapter of the Daughters of the American Revolution.

Topics and series. This historical marker is listed in this topic list: Forts and Castles. In addition, it is included in the Daughters of the American Revolution series list. A significant historical year for this entry is 1838.

Location. 28° 29.662′ N, 81° 22.039′ W. Marker is in Orlando, Florida, in Orange County. Marker is at the intersection of Gatlin Avenue and South Summerlin Avenue, on the right when traveling east on Gatlin Avenue. Touch for map. Marker is in this post office area: Orlando FL 32806, United States of America. Touch for directions.

Other nearby markers. At least 8 other markers are within 3 miles of this marker, measured as the crow flies. Site of Fort Gatlin (a few steps from this marker); The Council Oak (approx. half a mile away); Site and Home of Francis Eppes (approx. 0.9 miles away); Orlando's First Settler, Aaron Jernigan (approx. 1.8 miles away); Conway First Baptist Church/Fort Gatlin (approx. 2.2 miles away); Citrus Industry and Red Hill Groves/Conway School 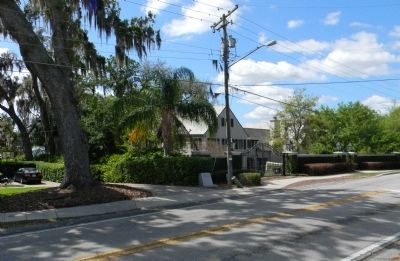 Also see . . .  Site's Key To Orlando History: Fort Gatlin. Orlando Sentinel website entry:
The lakefront site of a former Navy sonar lab now owned by the Orange County School District is breathing new life into hopes that researchers can pin down the site of Fort Gatlin once and for all. (Submitted on April 2, 2012, by PaulwC3 of Northern, Virginia.) 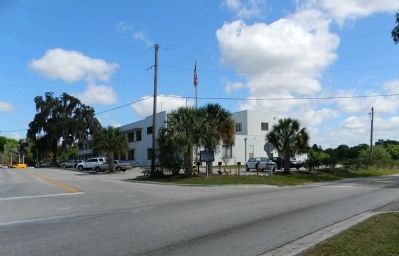 By Paul Crumlish, March 14, 2012
3. The Site of Fort Gatlin
While the specific location of Fort Gatlin has yet to be identified with modern technology, the tradition holds that the fort was located at this intersection and adjacent properties on the shores of Lake Gem Mary, Lake Jennie Jewel and Lake Gatlin. 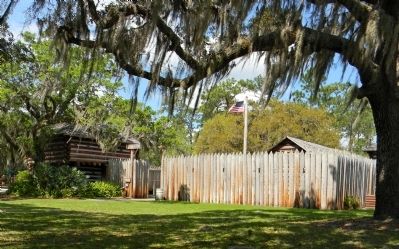