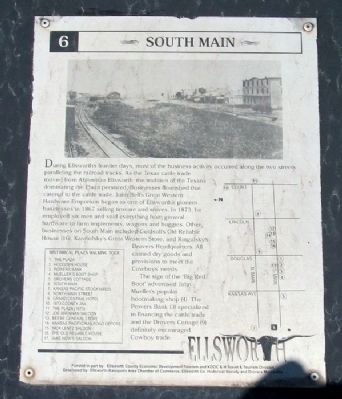 During Ellsworth's frontier days, most of the business activity occurred along the two streets paralleling the railroad tracks. As the Texas cattle trade moved from Abilene to Ellsworth, the tradition of the Texans dominating the Plaza persisted. Businesses flourished that catered to the cattle trade. John Bell's Great Western Hardware Emporium began as one of Ellsworth's pioneer businesses in 1867 selling tinware and stoves. In 1873, he employed six men and sold everything from general hardware to farm implements, wagons and buggies. Other businesses on South Main included Goldsoll's Old Reliable House (16), Karatofsky's Great Western Store, and Ringolsky's Drovers Headquarters. All carried dry goods and provisions to meet the Cowboys' needs. 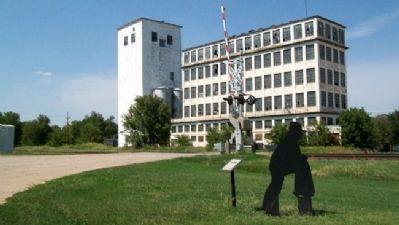