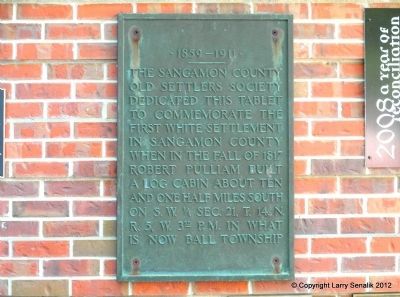 The Sangamon County Old Settlers Society dedicated this tablet to commemorate the first white settlement in Sangamon County when in the fall of 1817 Robert Pulliam built a log cabin about ten and one half miles south on S.W. ¼ Sec. 21, T. 14, N.R. 5, W. 3rd P.M. in what is now Ball Township.

Topics. This historical marker is listed in this topic list: Settlements & Settlers. A significant historical year for this entry is 1817.

Location. 39° 48.034′ N, 89° 38.919′ W. Marker is in Springfield, Illinois, in Sangamon County. Marker is on East Adams Street east of South 5th Street, on the right when traveling east. Touch for map. Marker is at or near this postal address: 1 Old State Capitol Plz, Springfield IL 62701, United States of America. Touch for directions. 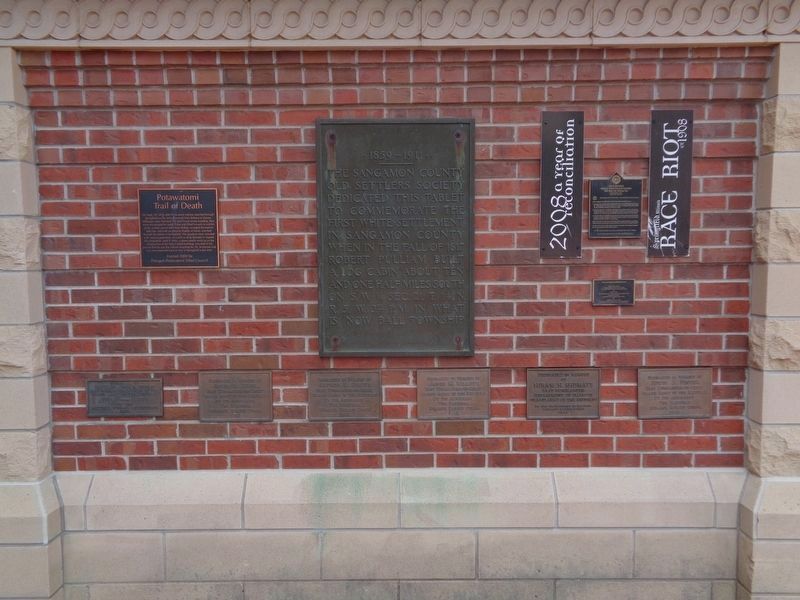