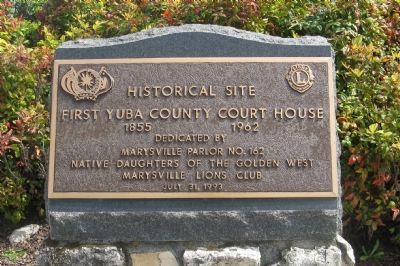 Erected 1993 by Marysville Parlor No. 162, Native Daughters of the Golden West and Marysville Lions Club.

Topics and series. This historical marker is listed in this topic list: Government & Politics. In addition, it is included in the Native Sons/Daughters of the Golden West series list. A significant historical year for this entry is 1855.

Location. 39° 8.486′ N, 121° 35.349′ W. Marker is in Marysville, California, in Yuba County. Marker is at the intersection of D Street and 6th Street, on the right when traveling north on D Street. Touch for map. Marker is at or near this postal address: 527 D Street, Marysville CA 95901, United States of America. Touch for directions. 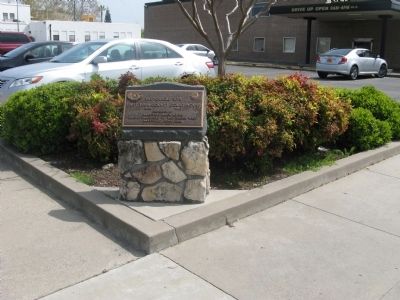 Regarding First Yuba County Courthouse. California’s second courthouse was built in Marysville in 1854 at the cost of $54,000. It was torn down in the early 1960’s. In the 1990’s, this bronze monument was erected to mark the “home court” of attorneys like Stephen J. Field, who went on to become the longest sitting judge on the United States Supreme Court.
Source: Visit Yuba-Sutter Walking Tour 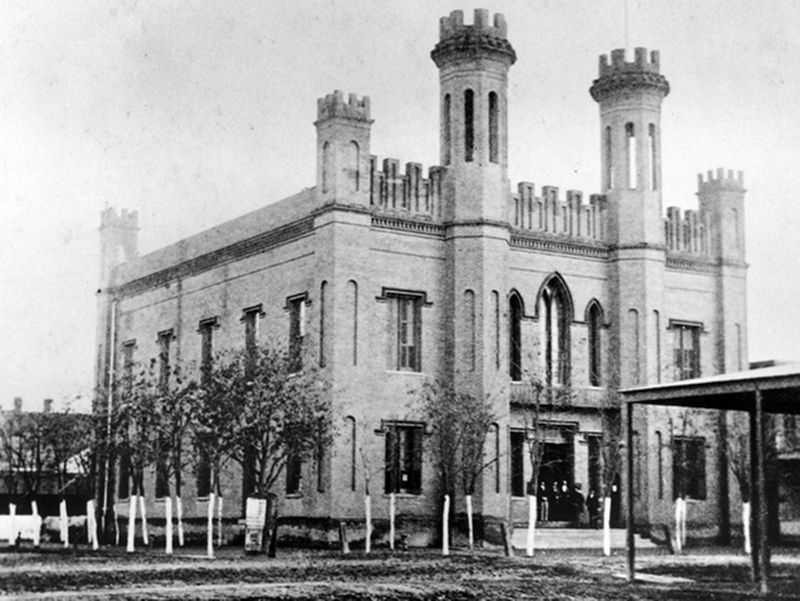