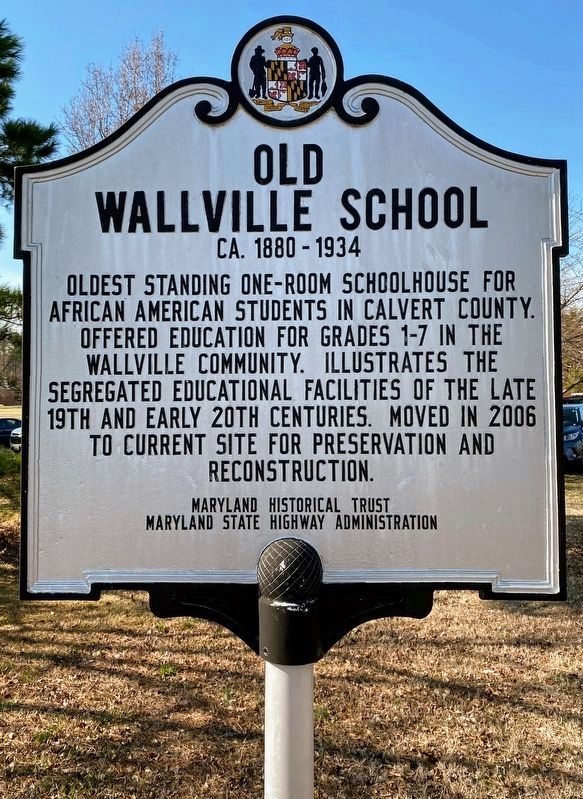 Oldest standing one-room schoolhouse for African American students in Calvert County. Offered education for grades 1-7 in the Wallville community. Illustrates the segregated educational facilities of the late 19th and early 20th centuries. Moved in 2006 to current site for preservation and reconstruction.

Topics and series. This historical marker is listed in these topic lists: African Americans • Education. In addition, it is included in the Maryland Historical Trust series list. A significant historical year for this entry is 2006.

Location. 38° 33.152′ N, 76° 34.158′ W. Marker is near Prince Frederick, Maryland, in Calvert County. Marker is on Dares Beach Road (Maryland Route 402) 1.2 miles east of Maryland 2/4, on the left when traveling east. On the grounds of the Calvert Elementary School. Touch for map. Marker is in this post office area: Prince Frederick MD 20678, United States of America. Touch for directions.

Other nearby markers. At least 8 other markers are within 5 miles of this marker, measured as the crow flies. W. S. Brooks High School (about 800 feet away, measured in a direct line); Arthur Storer Planetarium 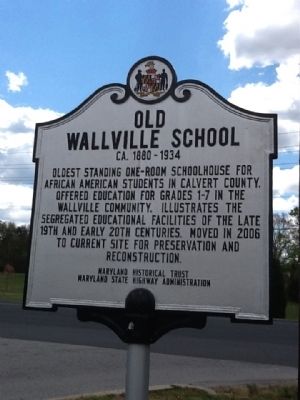 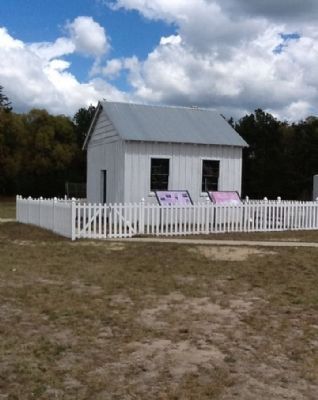 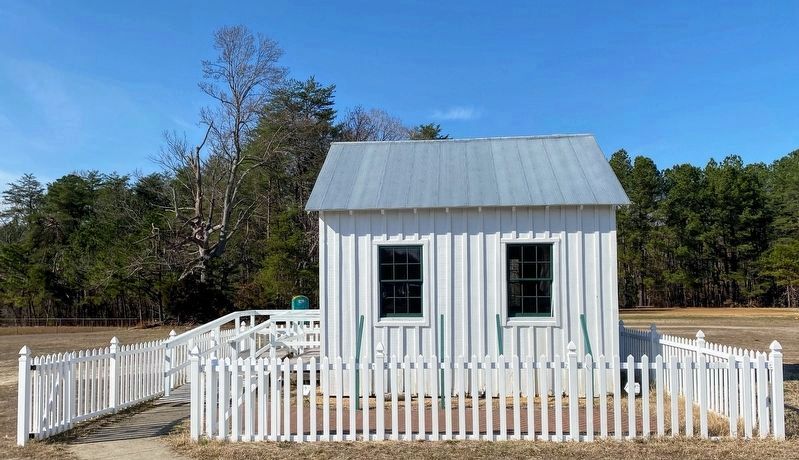 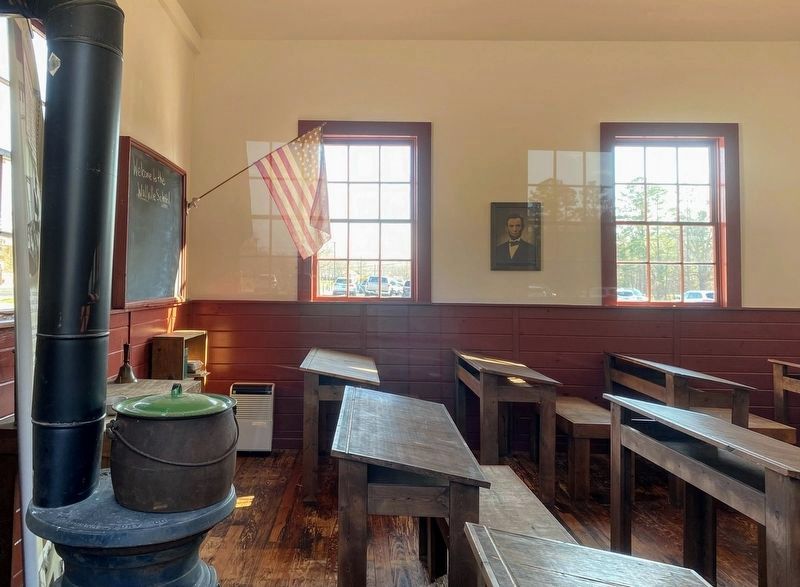