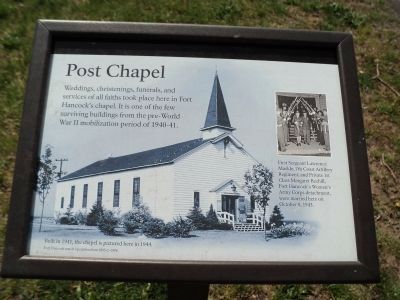 By Bill Coughlin, April 14, 2012
1. Post Chapel Marker
This is the 24th in a series of 39 markers on the Fort Hancock Walking Tour.
Inscription.
Post Chapel. . . Weddings, christenings, funerals, and services of all faiths took place here in Fort Hancock’s chapel. It is one of the few surviving buildings from the pre-World War II mobilization period of 1940-41. . . First Sergeant Lawrence Markle, 7th Coast Artillery Regiment, and Private 1st Class Margaret Bechill, Fort Hancock’s Women’s Army Corps detachment, were married here on October 8, 1943. . . Fort Hancock was in operation from 1895 to 1974. . This historical marker was erected by Gateway National Recreation Area. It is in Sandy Hook in Monmouth County New Jersey

Weddings, christenings, funerals, and services of all faiths took place here in Fort Hancock’s chapel. It is one of the few surviving buildings from the pre-World War II mobilization period of 1940-41.

Topics and series. This historical marker is listed in these topic lists: Churches & Religion • Forts or Castles. In addition, it is included in the New Jersey - Fort Hancock Walking Tour series list.

Location. 40° 27.88′ N, 74° 0.338′ W. Marker is in Sandy Hook, New Jersey, in Monmouth County. Marker is at the intersection of Kessler Road and South Bragg Road, on the left when traveling north on Kessler Road. Marker is located in the Fort Hancock area in the Sandy Hook Unit of Gateway 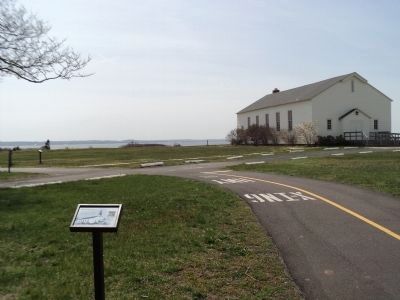 More about this marker. The background of the marker features a photo from 1944 of the Post Chapel, which was built in 1941. On the right side of the marker is a photo of First Sergeant Markle and PFC Margaret Bechill on their wedding day. 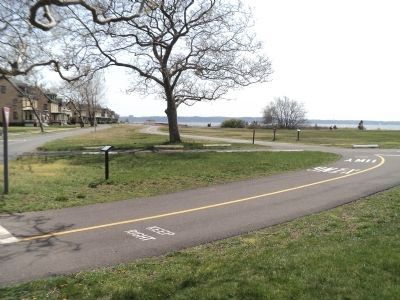 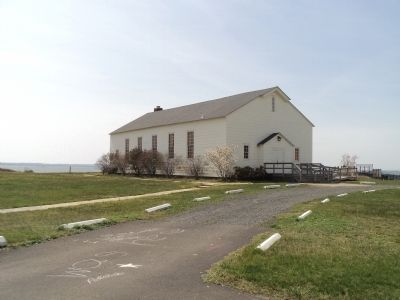