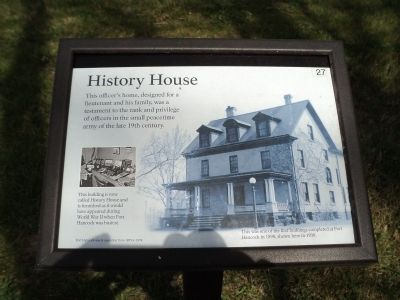 By Bill Coughlin, April 14, 2012
1. History House Marker
This is the 27th in a series of 39 markers on the Fort Hancock Walking Tour.
Inscription.
History House. . . This officer’s home, designed for a lieutenant and his family, was a testament to the rank and privilege of officers in the small peacetime army of the late 19th century. . . Fort Hancock was in operation from 1895 to 1974. . This historical marker was erected by Gateway National Recreation Area. It is in Sandy Hook in Monmouth County New Jersey

This officer’s home, designed for a lieutenant and his family, was a testament to the rank and privilege of officers in the small peacetime army of the late 19th century.

Topics and series. This historical marker is listed in these topic lists: Forts or Castles • Notable Buildings. In addition, it is included in the New Jersey - Fort Hancock Walking Tour series list.

Location. 40° 27.818′ N, 74° 0.325′ W. Marker is in Sandy Hook, New Jersey, in Monmouth County. Marker is on Kessler Road, on the right when traveling north. Marker is located in the Fort Hancock area in the Sandy Hook Unit of Gateway National Recreation Area. Touch for map. Marker is in this post office area: Highlands NJ 07732, United States of America. Touch for directions. 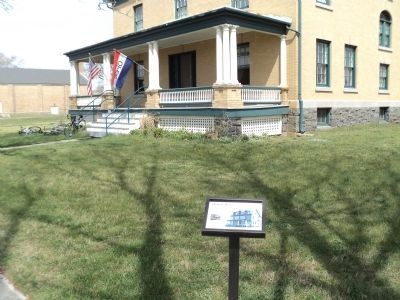 More about this marker. The background of the marker features a photo of the History House and has a caption of “This was one of the first buildings completed at Fort Hancock in 1898, shown here in 1938.” A photo of a desk inside the house on the left side of the marker has the caption “This building is now called History House and is furnished as it would have appeared during World War II when Fort Hancock was busiest.” 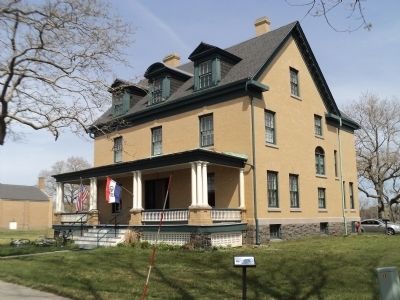 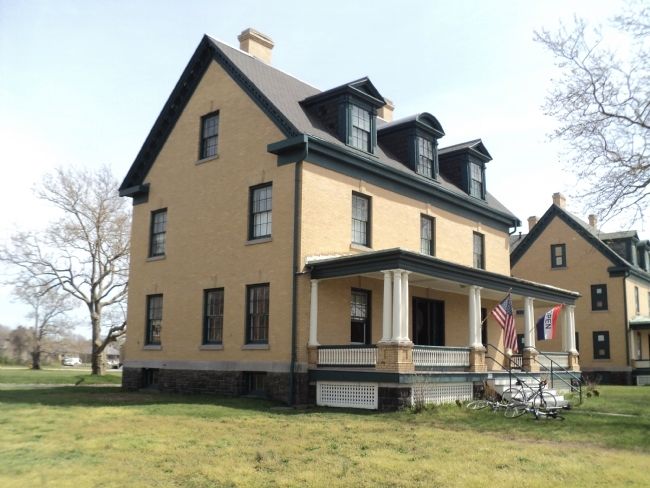