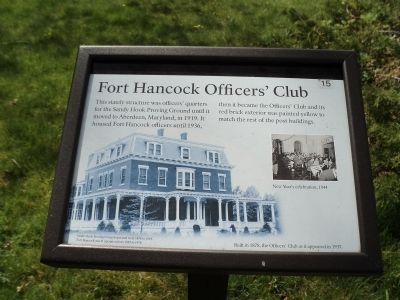 This stately structure was officers’ quarters for the Sandy Hook Proving Ground until it moved to Aberdeen, Maryland, in 1919. It housed Fort Hancock officers until 1936, then it became the Officers’ Club and its red brick exterior was painted yellow to match the rest of the post buildings.

Topics and series. This historical marker is listed in these topic lists: Forts and Castles • Notable Buildings. In addition, it is included in the New Jersey - Fort Hancock Walking Tour series list. A significant historical year for this entry is 1919.

Location. 40° 28.057′ N, 74° 0.2′ W. Marker is in Sandy Hook, New Jersey, in Monmouth County. Marker is on Canfield Road, on the left when traveling north. Marker is located in the Fort Hancock area in the Sandy Hook Unit of Gateway National Recreation Area. Touch for map. Marker is in this post office area: Highlands NJ 07732, United States of America. Touch for directions. 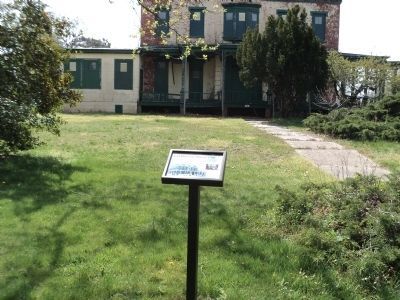 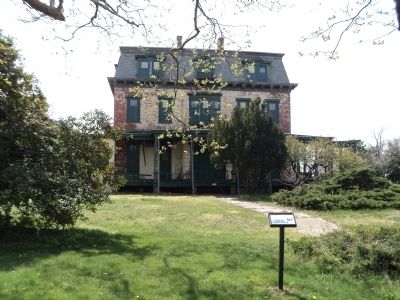 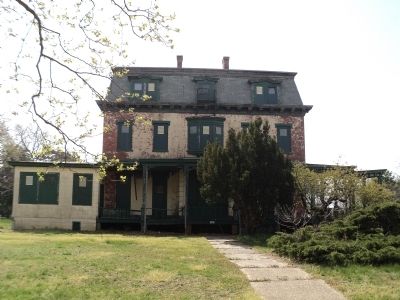