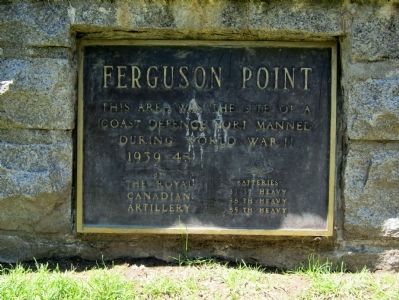 More about this marker. The marker is mounted to a long, low stone monument situated on the lawn of The Teahouse Restaurant, at Ferguson Point. Stanley Park Drive, which is one way and loops through the Park, goes right by the restaurant. 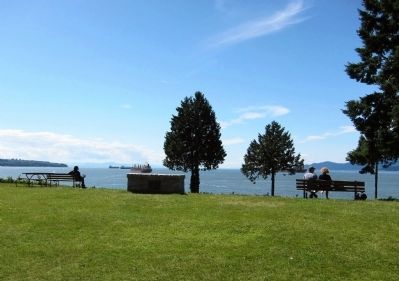 Photographed By Andrew Ruppenstein, July 3, 2011
2. Ferguson Point Marker - wide view, looking west
The marker, barely visible here because of the shadow, is mounted to a low stone monument on the lawn in front of the Teahouse Restaurant. Looking west are superb views of English Bay and the entrance to the Burrard Inlet. 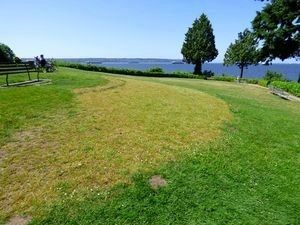