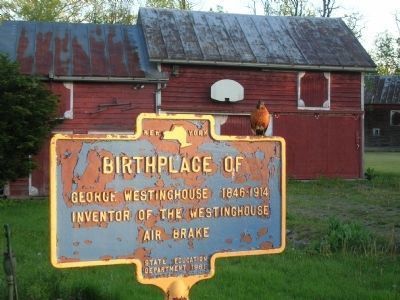 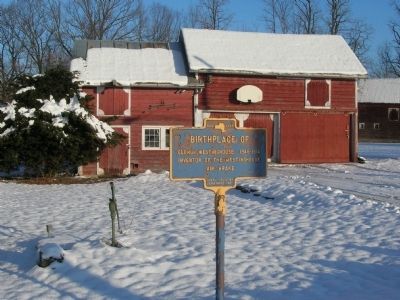 More about this marker. The original New York State marker was taken down during reconstruction of the state road and was lost. Through the efforts of Schoharie American Legion Post 1261 and the Schoharie Rotary Club, James Cushing of the Cushing Stone Company had the new sign cast. The new marker was turned over to the Legion Post which had a new concrete based post installed and the marker was lettered and painted.

The June 1961 unveiling ceremony was conducted by James Palmatier, junior past commander of the Schoharie Legion Post; Ralph Casper Sr., member of the post and occupant of the house in which Westinghouse was born; David Enders, Rotary Club President; Charles S. Mix, supervisor of the Town of Schoharie, and James Cushing, donor of the marker.


Old Central Bridge is a hamlet in the northeast part of the Town of Schoharie on NY-7 and near Interstate 88. Central Bridge Township was carved off of Schoharie in 1804 by patent granted to Henry Witsie, but developed little until the Albany and Susquehanna railroad came through in 1863. Early in the nineteenth century the Schoharie river (a.k.a. Schoharie Creek) was spanned by three covered wooden bridges, one at Esperance, one at Schoharie and the third midway between which became known as Central Bridge.

George Westinghouse, Jr (6 October 1846–12 March 1914) was an American entrepreneur and engineer who invented the railroad air brake and was a pioneer of the electrical industry. His parents were George Westinghouse and his wife, Emmeline Vedder. When George was 10 years old his family moved from Central Bridge, New York to Schenectady, New York where his father started the firm of G. Westinghouse & Company to manufactured farm implements. While working with his father young George acquired a realistic sense of tools, materials, machinery and structures. Later he served as a private in the cavalry for 2 years during the Civil War before being made Acting Third Assistant Engineer in the Navy in 1864. He attended Union college for only 3 months in 1865, dropping out soon after obtaining his first patent on October 31, 1865 for a rotary steam engine. Later, he invented an instrument which 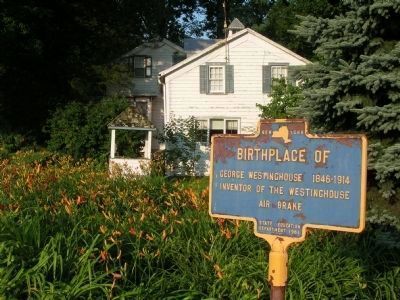 By Howard C. Ohlhous, August 1, 2009
3. Birthplace of George Westinghouse Marker
The Westinghouse home is in the background.
replaced derailed freight cars on the train tracks and started a business to manufacture his invention.

George Westinghouse is often regarded as one of he greatest engineers, industrialists, and inventor of his time. His interest in railroads led to his first major invention. Before 1869, a speeding train traveled nearly a mile before it could be stopped. Westinghouse invented an air brake that allowed the engineer to control all brakes instantly from the cab, thus revolutionizing rail transportation. Next, he helped with the development of alternating current. Westinghouse purchased Nikolas Tesla's ac motor patents and hired him to work on development. Thomas Edison, on the other hand, thought his direct current system could not be outdone. The two became rivals competing for the huge consumer electrical market. After staging several lighting demonstrations, Westinghouse was awarded the contract to install three massive 5,000 hp ac alternators at Niagara Falls. In all, Westinghouse received 361 patents and founded 60 companies in his lifetime. 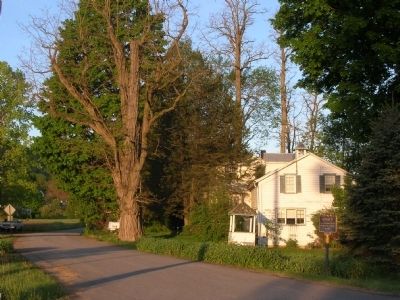 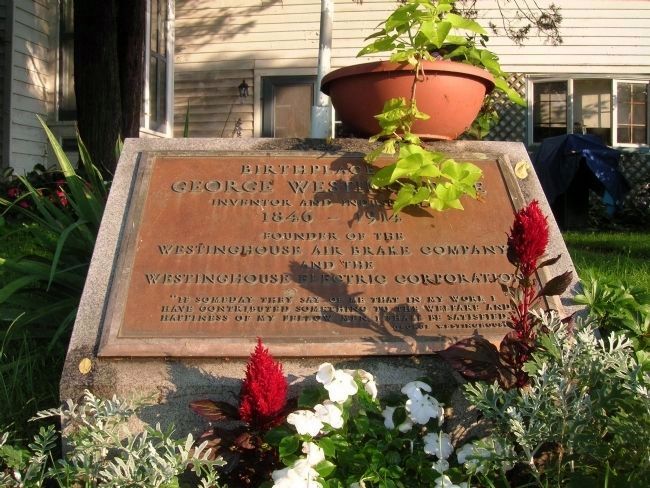 "If someday they say of me that in my work I have contributed something to the welfare and happiness of my fellow men, I shall be satisfied." --- George Westinghouse 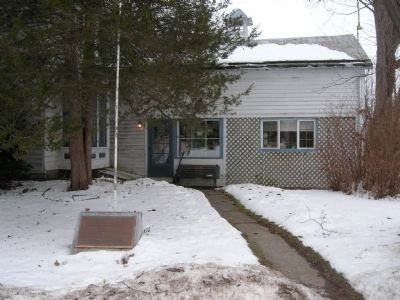 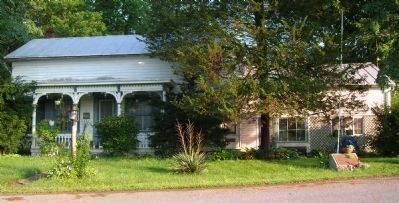 By Howard C. Ohlhous, August 1, 2009
7. Birthplace of George Westinghouse Marker
The plaque is roadside on the stone in front of the former Westinghouse home. 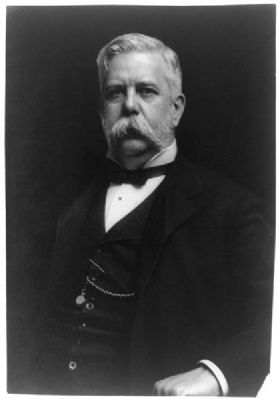 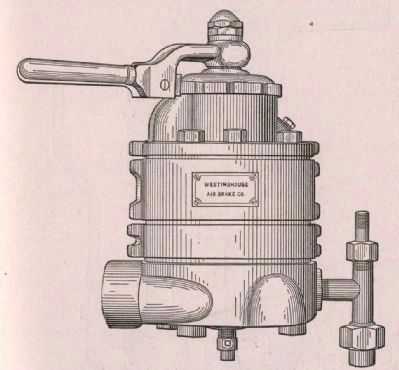 Wikipedia
9. Control handle and valve for a Westinghouse Air Brake
By 1905, over 2,000,000 freight, passenger, mail, baggage and express railroad cars and 89,000 locomotives in the United States were equipped with the Westinghouse Automatic Brake system of air brakes. 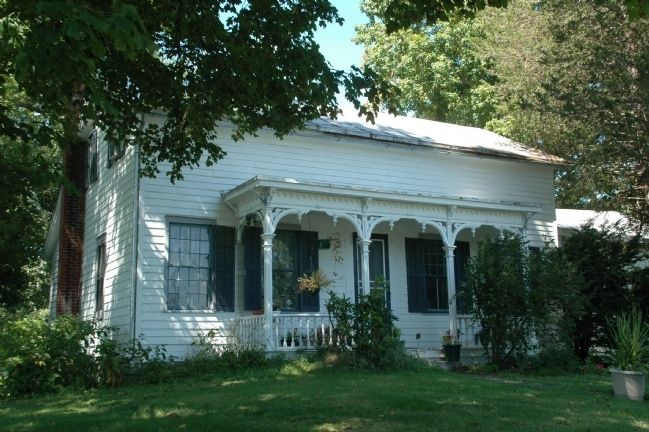