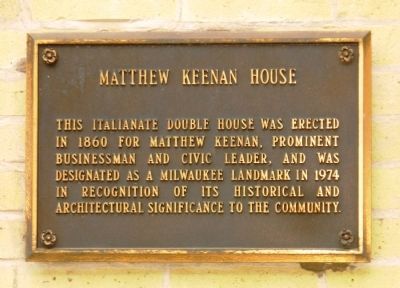 This Italianate double house was erected in 1860 for Matthew Keenan, prominent businessman and civic leader, and was designated as a Milwaukee Landmark in 1974 in recognition of its historical and architectural significance to the community.

Topics. This historical marker is listed in this topic list: Notable Buildings. A significant historical year for this entry is 1860. 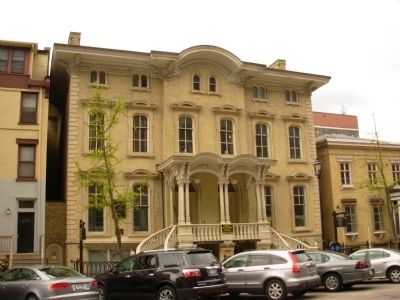