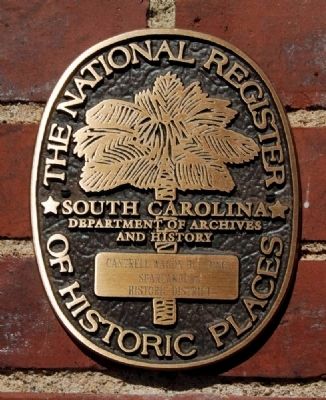 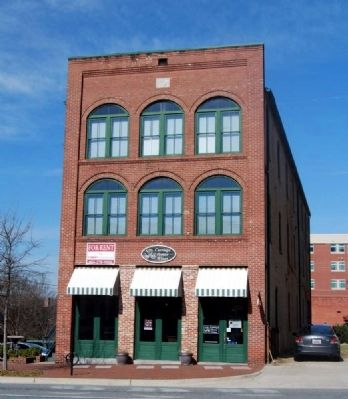 Additional comments.
1. Cantrell Wagon Building (1900) - National Register Nomination Form (2000)
A three-story brick building, originally a wagon factory. Presently (1999) vacant, the storefront has been altered in recent years with new windows and a doorway. The upper facade is three bays wide and consists of three rounded-arch windows on each floor. Each window opening has two four-over-four sash windows with an elliptical quad light transom. Over each transom is arched brick hood molding. Above the third story central bay is a datestone and the building is topped with a corbelled brick cornice. 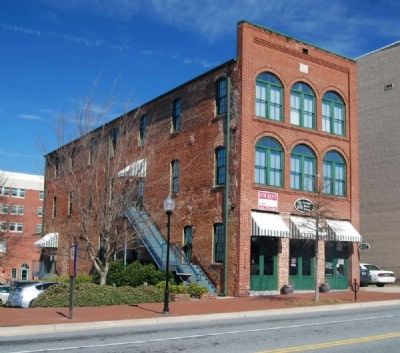 By Brian Scott, February 14, 2011
3. Cantrell Wagon Building
The east and west elevations have rounded-arch sash windows. At the rear a painted sign is visible reading "FT. Cantrell Wagons." The interior is composed of large open spaces, with an elevator shaft. This building has become somewhat deteriorated in the recent past. It contains 3,500 square feet on each floor consisting of open space.