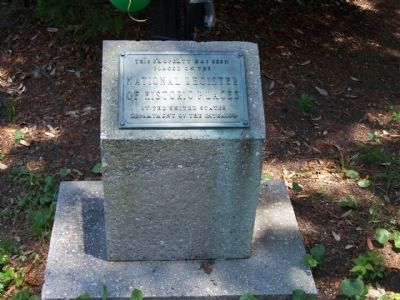 Photographed By Mike Stroud, July 13, 2008
1. Bethesda Marker
Inscription.
Bethesda. (Boys Home).
This Property Has Been Placed On The National Register Of Historic Places By The United States Department Of The Interior . . This historical marker was erected in 1973. It is Near Isle of Hope in Chatham County Georgia

Regarding Bethesda. Bethesda: Its Founding 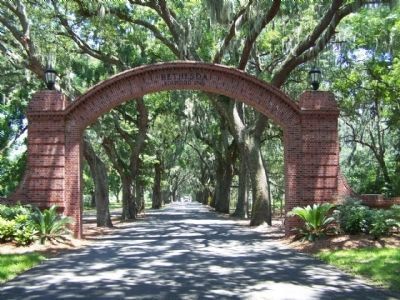 Click or scan to see
this page online
idea of establishing an orphanage in Georgia was suggested by Charles Wesley and James Edward Oglethorpe. Enthusiastically embraced by the Reverend George Whitefield, he labored toward that end after his arrival in Georgia in 1738.

Through his efforts substantial sums were raised and a grant of 500 acres obtained in 1739 from the Trustees of the Colony. Site of the Orphan House (far removed from "the wicked influence of the town") was selected by Whitefield's faithful co-worker, James Habersham, who wrote, "The boys and girls will be taught to labor for souls as well as for their daily bread."

March 25, 1740, Whitefield laid the first brick in the Orphan House to which he gave the name Bethesda,hoping it would ever prove what the word imported, "the House of Mercy".

November 3, 1740, 61 children took up residence at the "Great House", described by an English traveler of the period as a "square building of very large dimensions, the foundations of which are of brick, with chimneys of the same; the rest of the superstructure of wood".

Since then hundreds of young people have gone forth from Bethesda's sheltering arms to make their mark in the world, among them Governor John Milledge and General Lachlan McIntosh.

Highlights of it's History

The interest of George Whitefield in the institution he founded here never flagged. During his 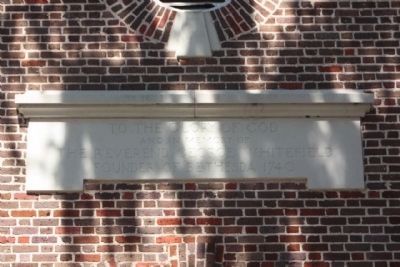 Photographed By Mike Stroud, March 4, 2012
3.
Bethesda
To The Glory of God
and in the memory of
The Reverend George Whitefield
Founder of Bethesda 1740
lifetime he paid frequent visits to what he called "my beloved Bethesda, surely the most delightful place in all the southern part of America." Whitefield's will left Bethesda in trust to Selina, Countess of Huntingdon. In 1773 lighting and fire damaged the main building, enlarged 4 years previously by the addition of two wings. Repairs were made as a result of her benevolence.

Her plans to establish a college at Bethesda were thwarted by the American Revolution. During that struggle the Georgia House of Assembly appointed trustees to manage the property.

In 1788, under the patronage of the Countess of Huntingdon, Bethesda opened as a college. Following her death in 1791 the existing Board of Trustees was incorporated by Act of the Legislature and the State assumed control of the property.

During the next ten years Bethesda fell into decay. Revived in 1801, the school was closed 4 years later following a disastrous fire. In 1855 the Union Society acquired the property and recommenced the great work begun by the Reverend Whitefield.(Georgia Historical Commission) 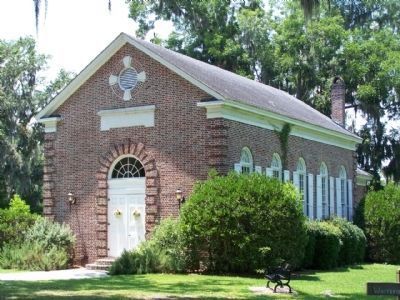 Also see . . .
1. Bethesda. New Georgia Encyclopedia website entry:
Bethesda, or "House of Mercy," was the name given to the orphanage founded near Savannah by the evangelist George Whitefield in 1740. Its significance rests partly with the close association it had with Whitefield but also on the pioneering role it played in the care of orphan children in Georgia. (Submitted on May 7, 2012, by Mike Stroud of Bluffton, South Carolina.)

2. Bethesda Home for Boys. It was founded in 1740 as an orphanage by evangelist George Whitefield, in the 18th century on his 500 acre land grant about 10 miles south of Savannah, Georgia ... (Submitted on May 7, 2012, by Mike Stroud of Bluffton, South Carolina.) 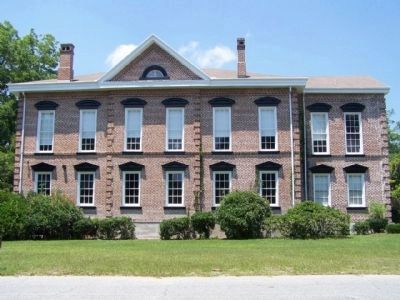 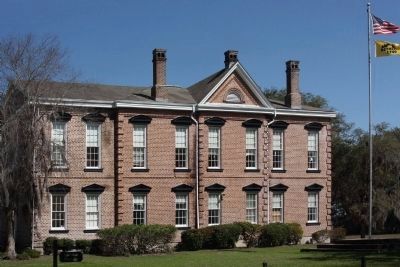