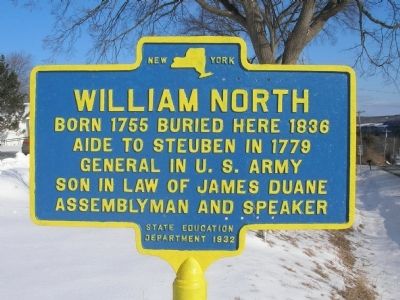 William North
Born 1755 Buried here 1836
Aide to Steuben in 1779
General in U. S. Army
Son in law of James Duane
Assemblyman and Speaker 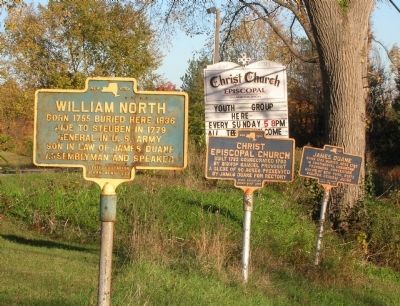 Regarding William North. William North died in Duanesburg, New York and is interred in the crypt under Christ Episcopal Church. 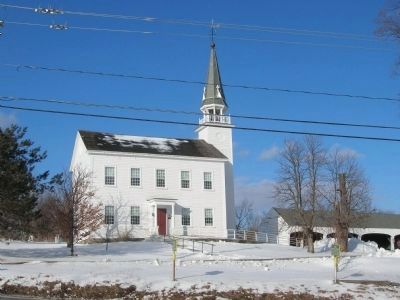 By Howard C. Ohlhous, February 16, 2008
3. Christ Church Episcopal
General William North is interred in the crypt beneath the Christ Episcopal Church. The NORTH marker is in the foreground below the red church door in this photo. 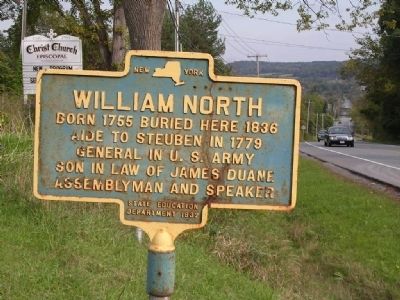 By Howard C. Ohlhous, September 22, 2006
4. William North Marker
The William North Marker is seen along Route 20 in Duanesburg. This marker has been damaged and then repaired. There are a series of 4 holes above the word "NORTH” and 4 holes below the words "AND SPEAKER", presumable an attempt to affect a repair. The break in the cast iron sign has been welded; you can see the vertical line on this sign before it was recently repainted. 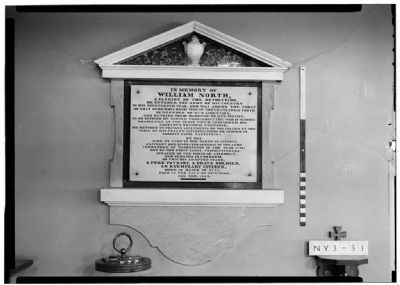 Historic American Buildings Survey, June 1936
5. William North Memorial
William North is buried in the Duane Family crypt below the church. The plaque which is mounted inside the Christ Episcopal Church reads as follows:
"In Memory of William North, a Patriot of the Revolution, He entered he Army of his country in his nineteenth year, and was among the first of that generous band who in youth stepped forth in defense of her liberties, and devoted their manhood to her service, as an officer he served throughout the war in various grades, till at the peace which confirmed his country's national existence, he retired to private life, whence he was called by the voice of his fellow citizens, whom he served in various civil capacities.
He was Aide Du Camp to the Baron De Steuben, Adjutant and Inspector General of the Army commanded by Washington in the year 1798; one of the first canal commissioners, Speaker of the House of Assembly, and Senator in Congress of this his adopted state. A pure patriot, a brave soldier, and exemplary citizen, Born in Maine in 1755; Died in the City of New-York, Jan 3rd, 1836"
The location of North's death in "City of New-York" is contradicted by the North Biography found in the Biographical Directory of the United States Congress, which claims North died in Duanesburg. 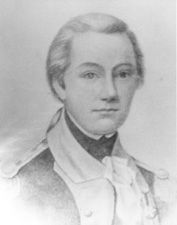