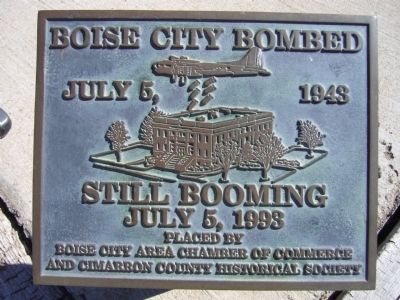 Also see . . .
1. The WWII Bombing of Boise City in Oklahoma. This accidental 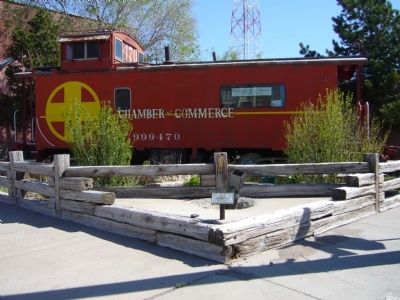 By Bill Kirchner, April 17, 2012
2. Boise City Bombed Marker
bombing made Boise City famous; it is the only continental American town to be bombed during World War II. (Submitted on May 11, 2012, by Bill Kirchner of Tucson, Arizona.)

2. Bombed-Out Boise City. 2015 article by David Dary in This Land Magazine. “It was about half past midnight on July 5, 1943. The heat of the day had given way to the usual cooling that occurs during the summer at Boise City, located in the far western end of the Oklahoma Panhandle. Most of its 1,400 residents had gone to bed when an airplane began dropping bombs on the sleepy town. The town’s residents awoke to a series of six bangs and booms that sounded more like large firecrackers they had heard a day earlier as they celebrated Independence Day.” (Submitted on March 11, 2015.)