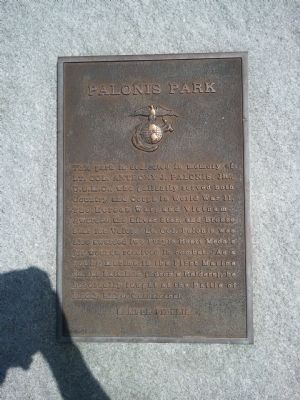 This park is dedicated in memory of Lt. Col. Anthony J. Palonis, Jr., U.S.M.C., who gallantly served both Country and Corps in World War II, The Korean War, and Vietnam. Awarded the Silver Star, and Bronze Star for Valor. Lt. Col. Palonis was also awarded two Purple Heart Medals for wounds received in combat. As a young Marine in the First Marine Raider Battalion (Edson's Raiders), he heroically fought at the Battle of Bloody Ridge, Guadalcanal.

Location. 27° 53.564′ N, 82° 32.394′ W. Marker is in Tampa, Florida, in Hillsborough County. Marker can be reached from West Gandy Boulevard (U.S. 92) north of North Access Road, on the right when traveling west. Lieutenant Colonel A.J. Palonis Jr. Park is a Tampa city park located at the east end of the Gandy Bridge, along the north side, overlooking Old Tampa Bay. It is accessed via the north side access road which is the last right before 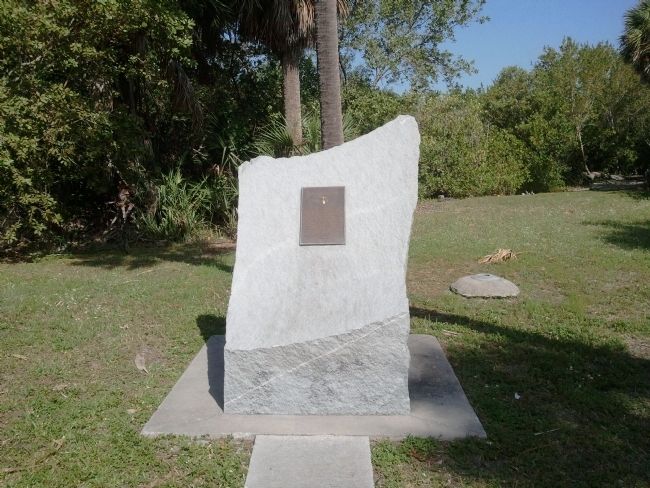 Click or scan to see
this page online
the bridge when heading west. The park entrance is a few hundred feet past the U.S. Marine Corps Reserve Center. Touch for map. Marker is at or near this postal address: 5123 West Gandy Boulevard, Tampa FL 33611, United States of America. Touch for directions.

More about this marker. The marker is mounted on a large block of granite, immediately north of the park's east parking area. The plaque features the insignia of the U.S. Marine Corps. 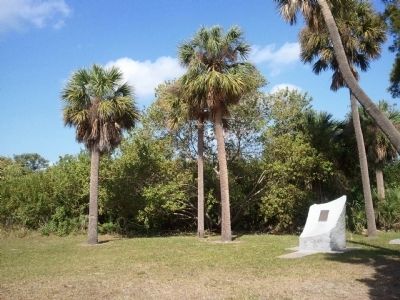 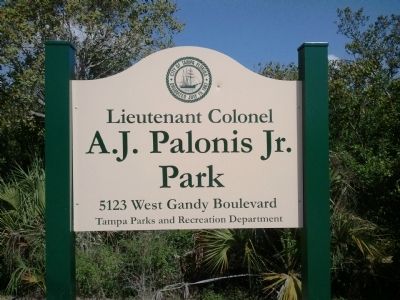