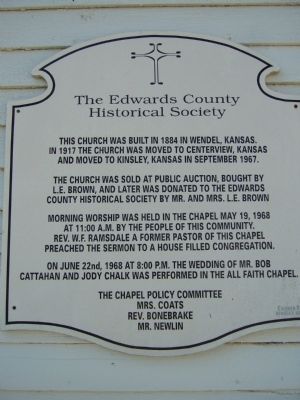 This Church was built in 1884 in Wendel, Kansas. In 1917 the church was moved to Centerview, Kansas and moved to Kinsley, Kansas in September 1967.
The church was sold at public auction, bought by L.E. Brown, and later was donated to the Edwards County Historical Society by Mr. and Mrs. L.E. Brown.
Morning worship was held in the chapel May 19, 1968 at 11:00 A.M. by the people of this community. Rev. W.F. Ramsdale a former pastor of this chapel preached the sermon to a house filled congregation.
On June 22nd, 1968 at 8:00 P.M. the wedding of Mr. Bob Cattahan and Jody Chalk was performed in the all faith chapel.
The chapel policy committee: Mrs. Coats, Rev. Bonebrake, Mr. Newlin

Other nearby markers. At least 1 other marker 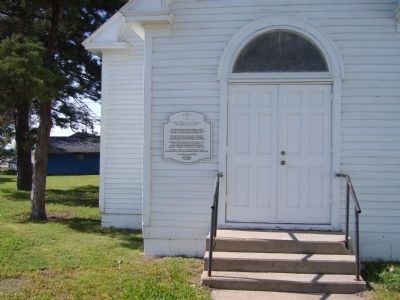 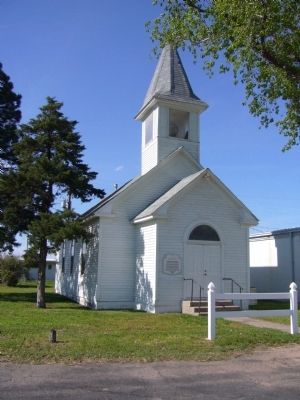