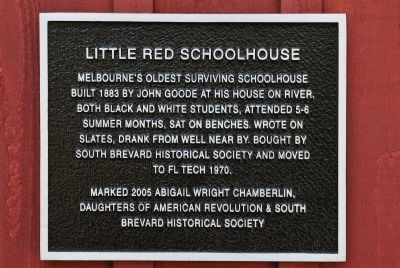 Melbourne's oldest surviving schoolhouse built 1883 by John Goode at his house on the river. Both black and white students, attended 5-6 summer months, sat on benches. Wrote on slates, drank from well near by. Bought by South Brevard Historical Society and moved to FL Tech 1970.

Topics and series. This historical marker is listed in this topic list: Education. In addition, it is included in the Daughters of the American Revolution series list.

Location. 28° 4.012′ N, 80° 37.345′ W. Marker is in Melbourne, Florida, in Brevard County. This marker is located in the Botanical Garden of Florida Tech (formerly called Florida Institute of Technology). The garden is open to the public free of charge and can be reached from a Florida Tech parking lot on Babcock Street. Touch for map 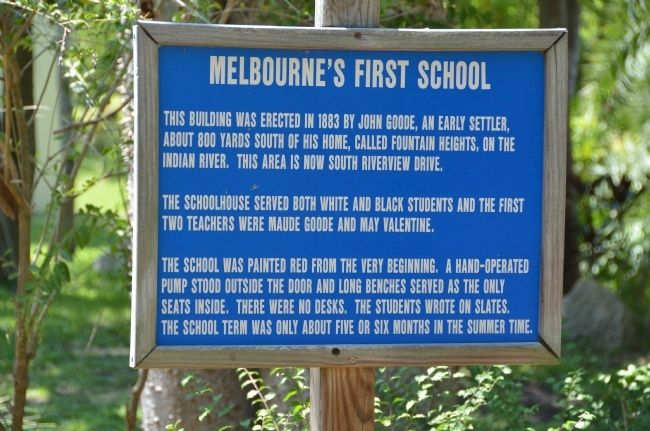 Melbourne’s First School
This building was erected in 1883 by John Goode, an early settler, about 800 yards south of his home, called Fountain Heights, on the Indian River. This area is now South Riverview Drive.
The schoolhouse served both white and black students and the first two teachers were Maude Goode and May Valentine.
The School was painted red from the very beginning. A hand-operated pump stood outside the door and long benches served as the only seats inside. There were no desks. The students wrote on slates. The school term was only about five or six months in the summer time.
. Marker is in this post office area: Melbourne FL 32901, United States of America. Touch for directions. 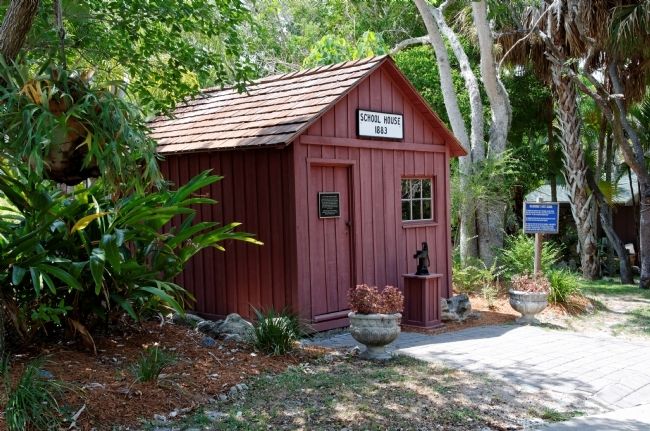