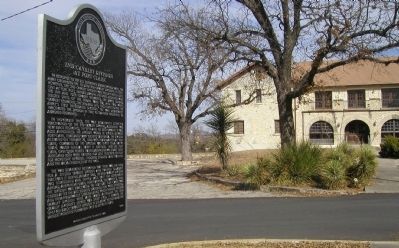 In response to the U.S. experience during World War I, the army organized the 1st and 2nd Cavalry Divisions in 1921. However, the 2nd Cavalry Division was not activated until 1941 at Fort Riley, Kansas. Among the units assigned were the 9th and 10th Cavalry Regiments, the famed Buffalo Soldier units of the Indian Wars era, and two white cavalry regiments, the 2nd and 14th, thus constituting the army’s first integrated division. The War Department inactivated the division in 1942 to transfer personnel to armored regiments.

In November 1942, the War Department directed reactivation of the 2nd Cavalry Division, assigning two new black regiments, the 27th and the 28th Cavalry. It was also announced the division would be divided between Fort Clark, Texas and Camp Lockett, California. The division activated on February 25, 1943 with headquarters at Fort Clark; command of the division was given to a native Texan, Major General Harry H. Johnson. Here on Fort Clark, over 5,000 horses trained alongside M3 Stuart light tanks and both were featured in a June 1943 20th Century Fox Movietone newsreel. Troopers endured hard training and the racial

Click or scan to see
this page online
injustices of the times.

The War Department determined that there was no need for a second cavalry division and planned to again inactivate it. During January 1944, the 2nd Cavalry Division was dismounted and shipped back east for deployment abroad, arriving at Oran, North Africa, on March 9, 1944; the division was inactivated the next day. Fort Clark was closed after the last soldiers stationed here were deployed, and the approximately 1,500 buildings which housed the 2nd Cavalry Division were later razed. Although the 2nd Cavalry Division’s service was short lived, it remains the only all-black cavalry division in U.S. Army history and the largest mounted formation ever to serve in Texas.

Topics and series. This historical marker is listed in these topic lists: African Americans • War, World II. In addition, it is included in the Buffalo Soldiers series list. A significant historical year for this entry is 1921.

Location. 29° 18.428′ N, 100° 25.226′ W. Marker is near Brackettville, Texas, in Kinney County. Marker can be reached from the intersection of Swim Park Lane and MacKenzie Road, on the right when traveling west. Marker is on the grounds of the Fort Clark Springs Association in the Fort Clark 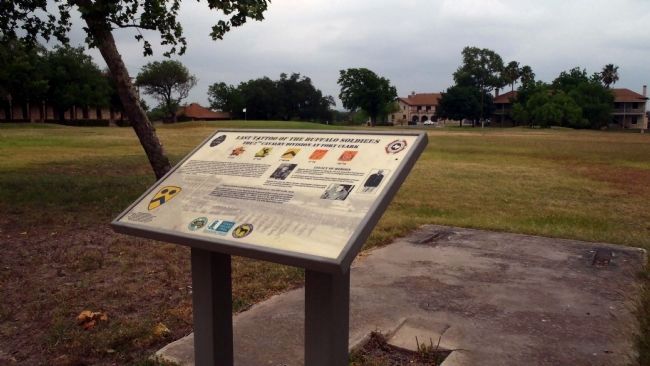 By William F Haenn, April 30, 2012
3. 2nd Cavalry Division interpretive signage near marker site
View is from the post flagpole at the signal gun slab looking towards the marker site and Dickman Hall.
National Register Historic District and is accessible to the public. Touch for map. Marker is in this post office area: Brackettville TX 78832, United States of America. Touch for directions. 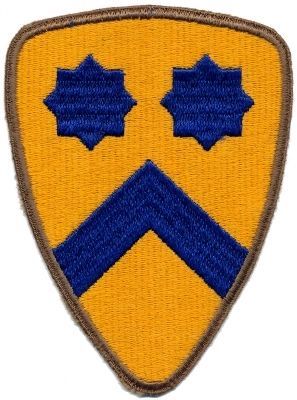