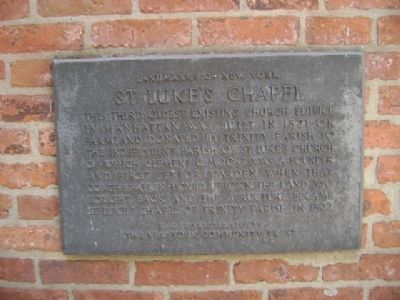 This third oldest existing church edifice in Manhattan was built in 1821 on farmland donated by Trinity Parish to the independent parish of St. Luke's Church, of which Clement C. Moore was a founder and first senior warden. When that congregation moved uptown the land was bought back and the structure became St. Luke's Chapel of Trinity Parish in 1892. 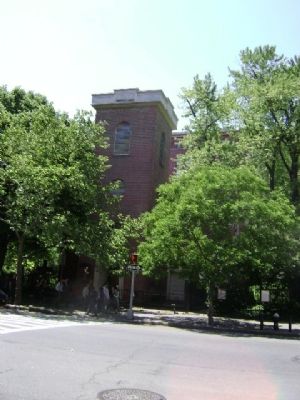 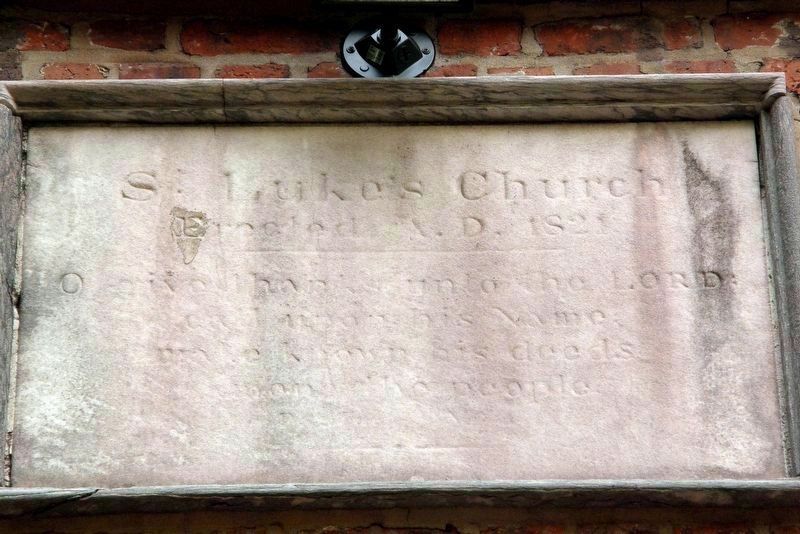 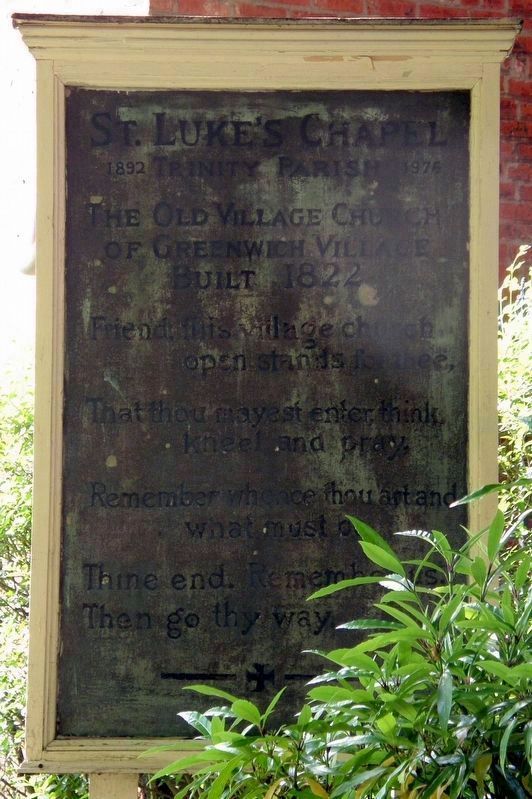 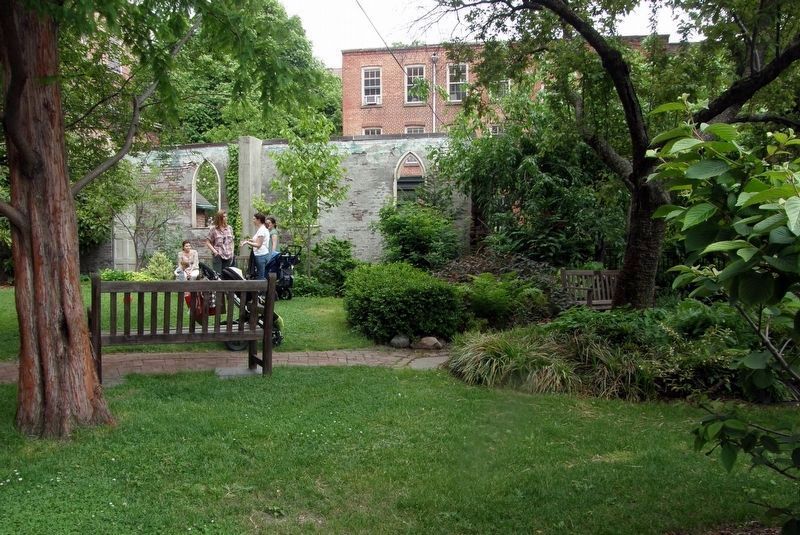 By Larry Gertner, May 24, 2009
5. St. Luke's Chapel Garden
The Church has several garden areas. The ruin in the background is the what remains of the parish hall, destroyed in the massive church fire of 1981. 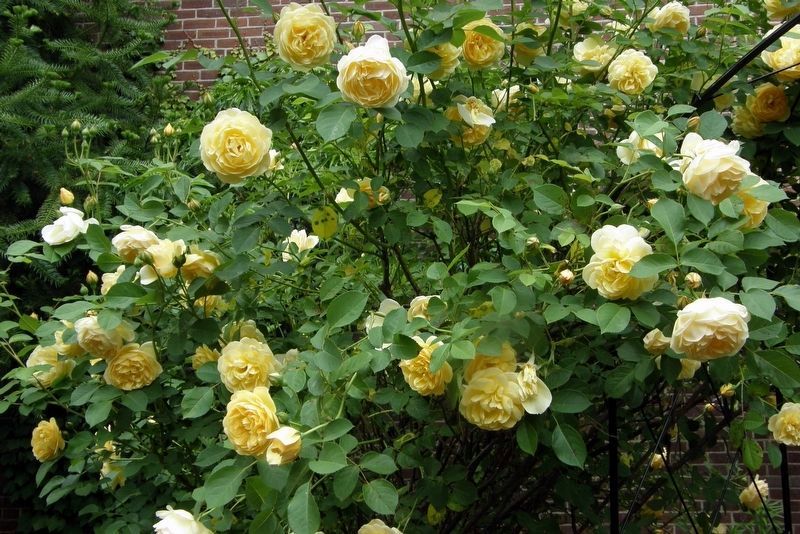