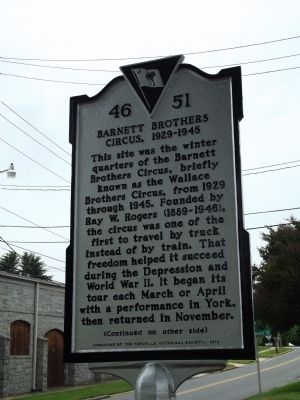 This site was the winter quarters of the Barnett Brothers Circus, briefly known as the Wallace Brothers Circus, from 1929 through 1945. Founded by Ray W. Rogers (1889 ~ 1946), the circus was one of the first to travel by truck instead of by train. That freedom helped it succeed during the Depression and World War II. It began its tour each March or April with a performance in York, then returned in November.

A highlight of the York Christmas parade was Santa Claus riding an elephant. In 1929 five sons of C.P. and Olive Bennett, living nearby, started their own circus with encouragement from Ray Rogers, who loaned them his big top and a few animals. All six Bennett sons and two daughters participated, along with other local children. Their circus performed in York, Rock Hill, Clover, and Sharon through 1938.

Topics. This historical marker is listed in this topic list: Entertainment. A significant historical year for this entry is 1929. 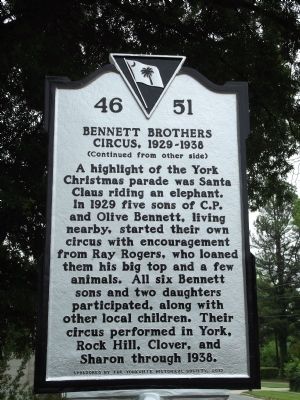 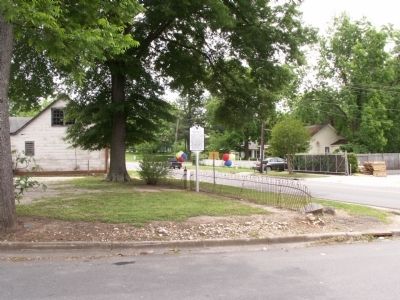 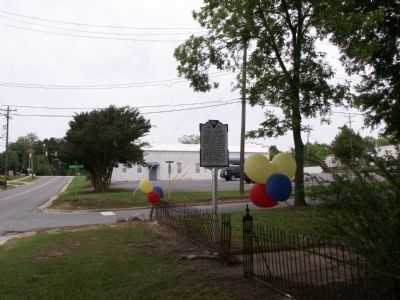