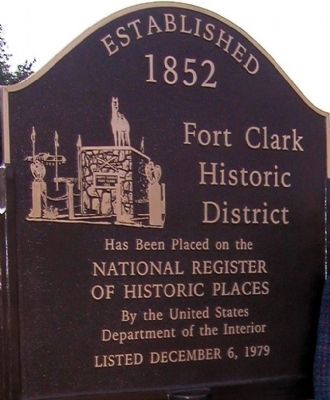 Fort Clark Historic District has been placed on the National Register of Historic Places by the United States Department of the Interior listed December 6, 1979

Topics and series. This historical marker is listed in this topic list: Notable Places. In addition, it is included in the San Antonio-El Paso Road series list. A significant historical date for this entry is December 6, 1927. 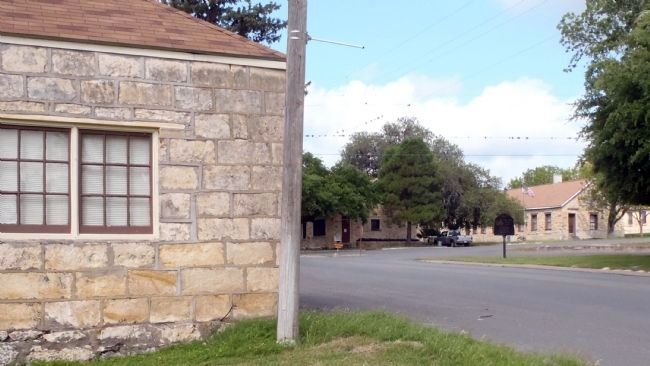 Photographed By William F Haenn, May 20, 2012
2. Fort Clark Historic District Marker
The marker is roadside on the right. In the left foreground is the post powder magazine, built in 1856.

More about this marker. Large bronze roadside marker found as you enter the historic district. An excellent place to stop and orient yourself before seeking out the dozens of historical markers to be found on the fort grounds. The marker includes a relief drawing of the "Empty Saddle" statue which welcomes visitors to Fort Clark and is located only a few hundred feet away.

The District ranks as the largest historic military district under private ownership in the State of Texas and possibly the Nation and has been determined by the United States Department of the Interior to have a national level of historic and architectural significance. 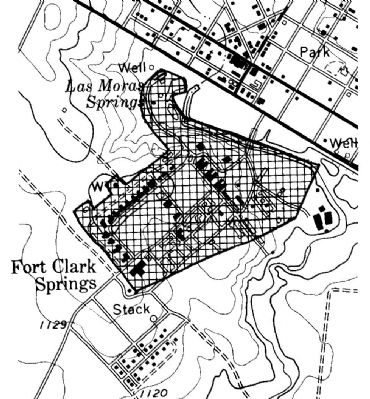 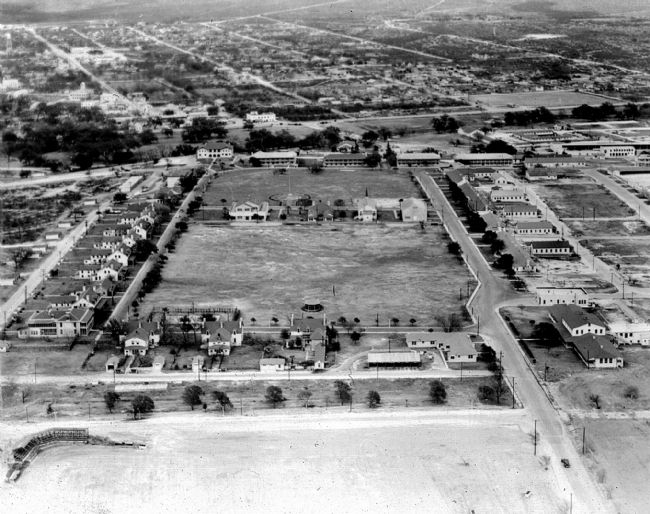