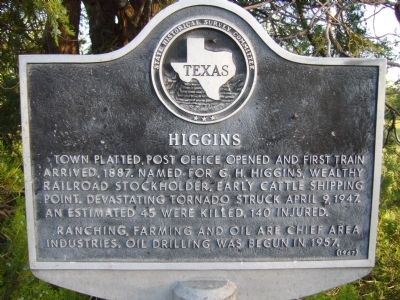 Ranching, farming, and oil are chief area industries. Oil drilling was begun in 1957.

Topics. This historical marker is listed in this topic list: Settlements & Settlers. A significant historical date for this entry is April 9, 1898.

Other nearby markers. At least 4 other markers are within 2 miles of this marker, measured as the crow flies. Will Rogers (here, next to this marker); Quanah Parker Trail (a few steps from this marker); Higgins Cemetery 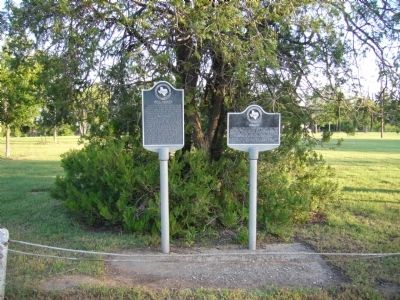 Photographed By Bill Kirchner, May 2, 2012
2. Higgins Marker on the right
Will Rogers Marker is on the left

Click or scan to see
this page online
(approx. one mile away); Lipscomb County (approx. 1.7 miles away). 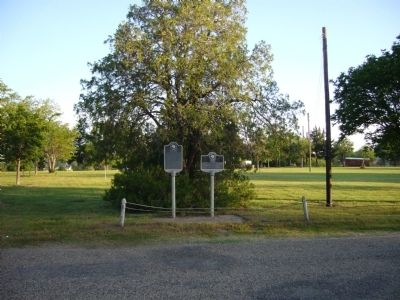