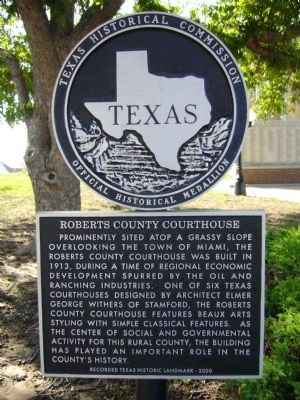 Prominently sited atop a grassy slope overlooking the town of Miami, the Roberts County Courthouse was built in 1913, during a time of regional economic development spurred by the oil and ranching industries. One of six Texas courthouses designed by architect Elmer George Withers of Stamford, the Roberts County Courthouse features Beaux Arts styling with simple Classical features. As the center of social and governmental activity for this rural county, the building has played an important role in the county's history. 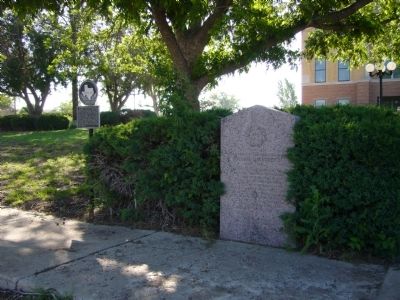 By Bill Kirchner, May 2, 2012
2. Roberts County Courthouse Marker on far left
Colonel O. M. Roberts Marker is in center of photo.
are within 7 miles of this marker, measured as the crow flies. Colonel O. M. Roberts (here, next to this marker); Quanah Parker Trail (about 500 feet away, measured in a direct line); Miami Railroad Depot (about 600 feet away); Cottage Hotel (approx. ¼ mile away); Miami Cemetery (approx. 0.7 miles away); Roberts County (approx. 4.4 miles away); Fossil Beds (approx. 5½ miles away); Historic Roadside Park (approx. 6.3 miles away). Touch for a list and map of all markers in Miami. 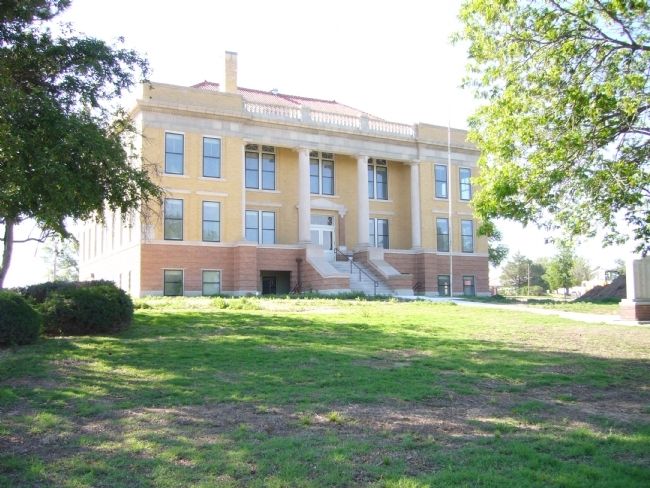 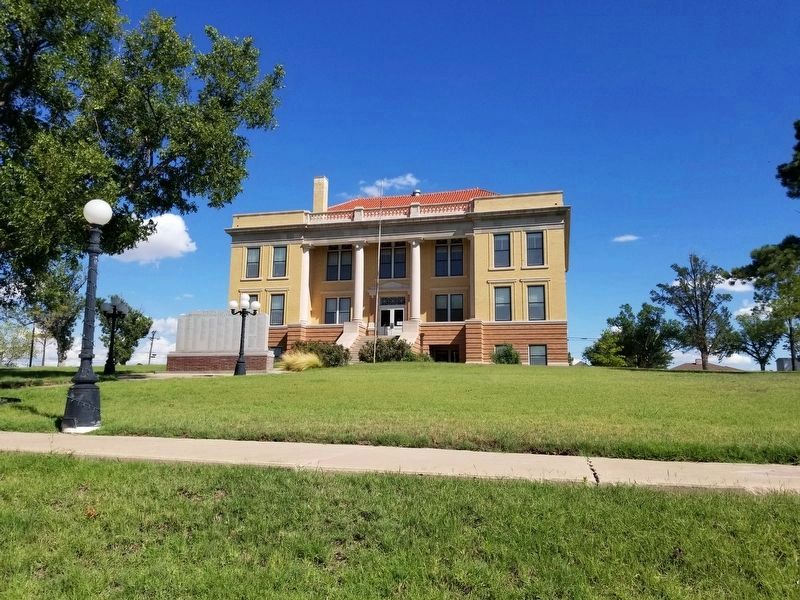