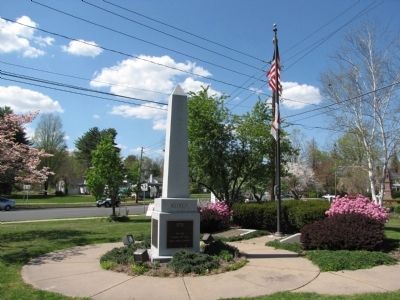 Topics. This memorial monument is listed in these topic lists: Military • 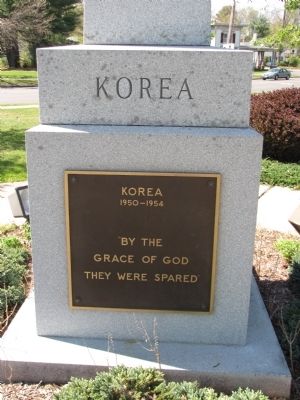 Location. 41° 57.183′ N, 72° 47.333′ W. Marker is in Granby, Connecticut, in Hartford County. Memorial is at the intersection of Salmon Brook Road (U.S. 202) and Hartford Avenue (State Route 189), on the right when traveling north on Salmon Brook Road. Monument is located in a small park on the north side of the intersection. Touch for map. Marker is in this post office area: Granby CT 06035, United States of America. Touch for directions.

Other nearby markers. At least 8 other markers are within 3 miles of this marker, measured as the crow flies. Granby Civil War Monument (within shouting distance of this marker); World War I Memorial (about 700 feet away, measured in a direct line); Site of Original First Congregational Church Meetinghouse (about 700 feet away); Granby Veterans Wall (approx. 0.4 miles away); Granby (approx. half a mile away); Lost Acres Fire Dept. (approx. half a mile away); Lake Basile (approx. 2½ miles away); Farmington Canal 1828-1848 (approx. 2½ miles away). Touch for a list and map of all markers in Granby. 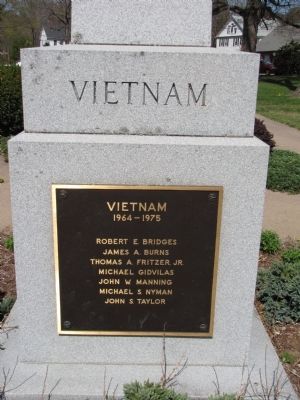 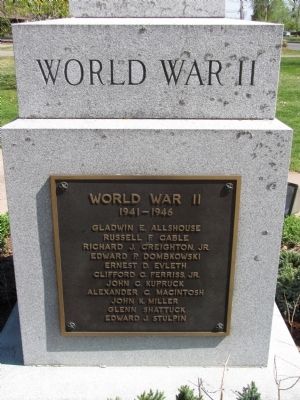 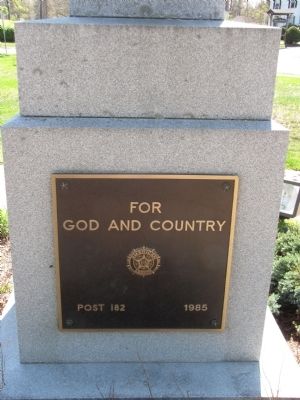 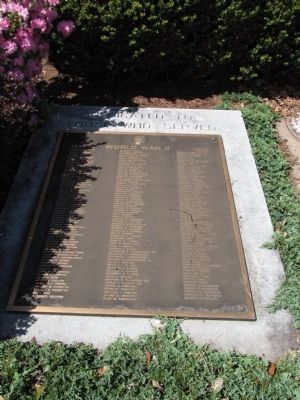 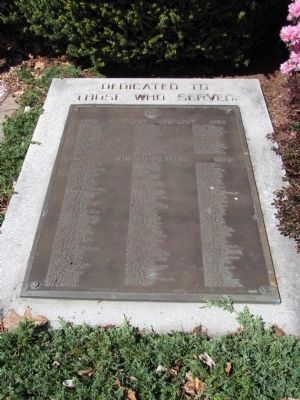