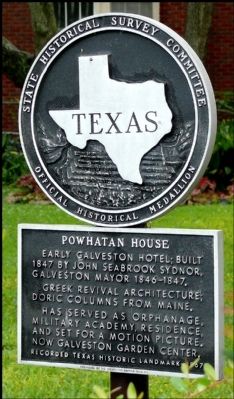 Other nearby markers. At least 8 other markers are within walking distance of this marker. The Mexican Telegraph Company (about 500 feet away, measured in a direct line); Dr. Frederick K. and Lucy Adelaide Fisher House (about 600 feet away); Site of the Home of Michel Branamour Menard (about 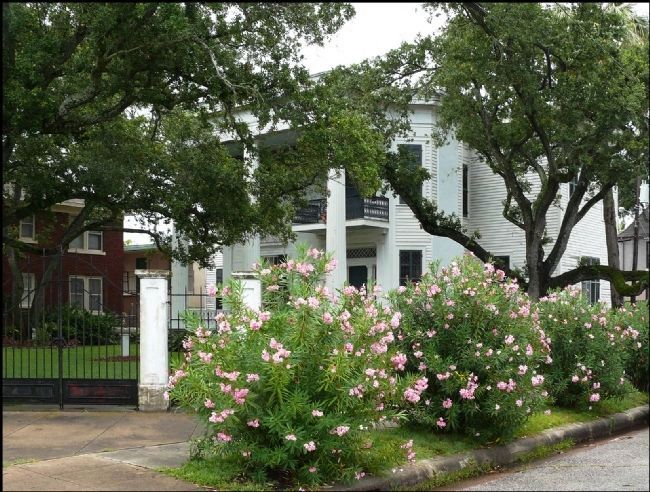 Photographed By Jim Evans, June 9, 2012
2. Powhatan House
In the foreground are Oleander flowering shrubs, for which Galveston is famous.

More about this marker. This marker is on the side, not the front of the house. If they have not trimmed the hedge you may not be able to see it.

Also see . . .  On this Page of the National Register of Historical Places. The list is alphabetical (Submitted on June 10, 2012, by Jim Evans of Houston, Texas.) 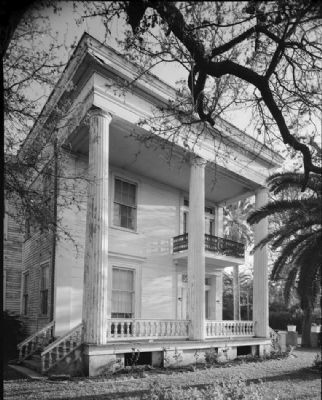